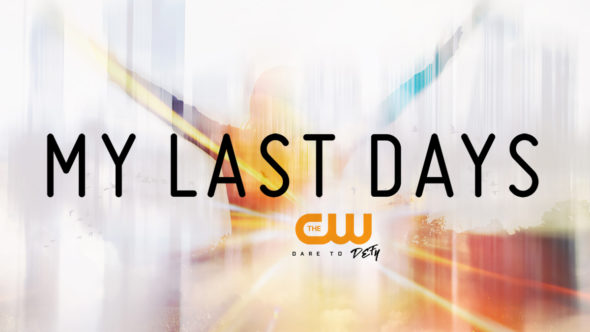 Although the My Last Days TV show was off the air for nearly two years, it wasn’t cancelled — it just seemed that way. Now the docu-series has returned to The CW for a second season of three weekly installments. Has the audience forgotten about it in its absence? Is a three-week run enough to woo back viewers? Will My Last Days be cancelled or renewed for season three? Stay tuned.

A CW documentary TV series, My Last Days is hosted by Jane the Virgin co-star Justin Baldoni. The cameras follow courageous people facing one of life’s most difficult challenges — terminal illness. Their compelling stories serve as a reminder that we can make a positive impact upon the world, even in a limited amount of time. My Last Days season two features Anthony Carbajal, a street photographer living with ALS; former bodyguard and bouncer Bob Charland, who developed a neurodegenerative brain disease as a result of those jobs; Ellie Boloori Oben, a mother and community leader diagnosed with breast cancer; and Diane Nguyen, who was diagnosed with terminal leukemia in 2012 and told she only had eight months to live.

6/9 update: You can see the rest of the latest night’s ratings.

For comparisons: The first season of My Last Days on The CW averaged a 0.13 rating in the 18-49 year old viewer demographic and 477,000 total viewers.

What do you think? Do you like the My Last Days TV series? Should The CW cancel or renew it for a third season?

I have watched all these episodes with great respect and awe for the heroes/heroines depicted in each session. Although they are facing some of the most difficult challenges in their lives, they inspire me so much! Some of the stories (particularly Diane Nguyen) just leave me speechless. She and her husband are so positive even though I know at times, it can be heart wrenching to see your loved one suffer so much. Their faith and love for one another is wonderful. I hope that Justin can continue this beautiful piece of work for another season(s).

PLEASE keep MY LAST DAYS GOING!
WE ALL NEED SHOWS LIKE THIS THAT TOUCH OUR HEARTS. ITS SUCH A SAD POLITICAL WORLD RIGHT NOW…
WE NEED THIS SHOW! THANK YOU