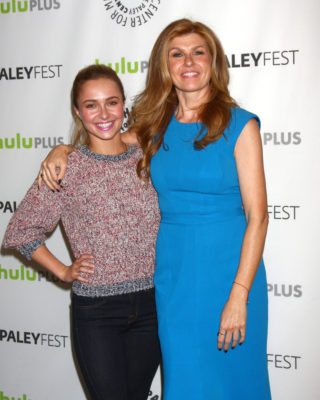 I am thrilled that Nashvillle will be back on television. Love the show and the actors are wonderful. Thank you CMT for picking it up. Cannot wait for it to resume.

I cannot tell you how please I am that there will be a Season 5. I absolutely LOVE, LOVE this show. Nashville has made me laugh, kept me guessing, tearful at times, and even find myself rock to this music. Please post a viewing schedule of when it will air.. Thanks so much for creating and returning for another season.

I was so happy to hear that it will not be taken off the air! I just love this show!!!

When will Nashville be starting on CMT. I don’t want to miss it

I too don’t want to miss it! Any starting date?

So great it’s coming back!

I was one of the many who signed petitions to save Nashville! I love the show and got family and friends to watch too! Been a fan since Season One and continue to be a big fan!

I have a standing dinner out date w/my 82 yr old Dad each week & then we watch Nashville at his house. He loves country music and this show. We were both really disappointed when it was canceled. Without Nashville I have to watch pickers or guys fixing cars. My Dad & I are both REALLY EXCITED for new episodes coming to CMT!!!! THANK YOU CMT!!! and HULU for making the deal.

What a nice surprise to see “Nashville Saved” today, I was so hoping that it would be picked up. It is one of the very best series that I looked forward to each week and was so disappointed to see it was being cancelled. Love all the stars plus the country music songs are so enjoyable to listen to, thanks CMT and HULU for saving this great series…anxious for the starting date and time…

Probably CMT. I love this show and was not a happy camper when it was cancelled. Can’t wait for season 5. I hope there will more seasons to come.

This made my day!!! I am thrilled that my favorite show will still be on and I will be watching on CMT as soon as it’s back!

So glad that Nashville is coming back! Have never missed an episode and watch it weekly.. now will watch it on CMT. Thank you CMT love the actors and the show.. Alberta Canada

SOOOOO HAPPY !! Thank-you to all who made it possible…