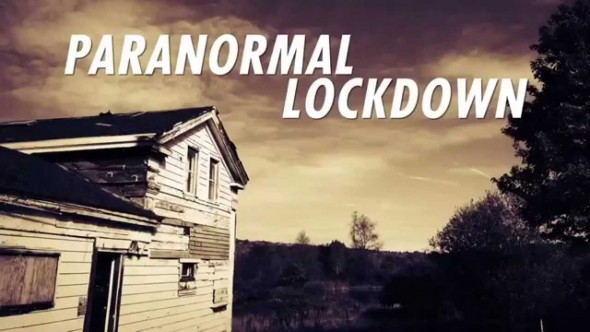 Destination America is getting spooky this holiday season. Recently, the network announced season three of Paranormal Lockdown will premiere in December.

The docuseries follows paranormal investigators Nick Groff and Katrina Weidman as they “spend an unprecedented 72 hours confined to the most haunted locations in search of groundbreaking evidence of the paranormal.”

(Silver Spring, Md.) – They’re baaaacck! World renowned paranormal investigators Nick Groff and Katrina Weidman are back for season three of their hit series PARANORMAL LOCKDOWN, where the two spend an unprecedented 72 hours confined to the most haunted locations in search of groundbreaking evidence of the paranormal. Using state of the art investigative technologies, they delve into the deep, storied histories of the properties to uncover what lies beyond the boundaries of our reality. But the mission comes with risks: mentally and physically exhausted, they’ll be vulnerable to whatever lies within the haunted walls. This season will serve up an extra treat for fans with the first-ever televised paranormal investigation of the Jim Beam(R) American Stillhouse in Clermont, Ky., in response to employee claims that bourbon isn’t the only spirit locked inside the massive warehouses on the property. This season also takes Groff and Weidman on an intense exploration to the “Portal to Hell” at Bobby Mackey’s Music World in Wilder, Ky., as well as returning to the Monroe House in Hartford City, Ind. where they uncovered skeletal remains in season two. Merging a slate of never-before-seen episodes with hit premieres from PARANORMAL LOCKDOWN UK, season three of PARANORMAL LOCKDOWN returns with back-to-back premieres weekly, beginning on Tuesday, December 4 at 9/8c on Destination America

“This is the most groundbreaking PARANORMAL LOCKDOWN season yet, and Katrina and I have been mentally and physically challenged every step of the way. Living in these extremely haunted locations and dangerous environments for 72 hours has always been the ultimate test to conquer, but it’s led us to discovering some of the best documented evidence we have ever captured,” said host and executive producer, Nick Groff. “I’m excited for everyone to experience the journey that will truly make you question everything you thought you knew about the paranormal.”

Season three kicks off with an investigation of Old Sweet Springs Resort in West Virginia on Tuesday, December 4 at 9/8c. Groff and Weidman submerge themselves among the spirits, finding something that lurks beneath the surface of the mineral springs. Then at 10/9c, the two visit the Wildwood Sanitarium in upstate New York, where recent renovations have stirred up ghostly activity. The two attempt to determine what menacing spirits have made the home uninhabitable.

Fans are invited to watch Destination America’s series and specials anywhere, including seasons one and two of PARANORMAL LOCKDOWN, anytime on DestinationAmerica.com.

What do you think? Have you seen Paranormal Lockdown? Will you watch the new season?

I love paranormal lock down you need to bring it back

I love paranormal lockdown and I want it back,

I would love to watch Paranormal Lockdown but can no longer get it. I have Atlantic Broadband provider. What channel would that be on?

I think this show would do better on Travel Channel.