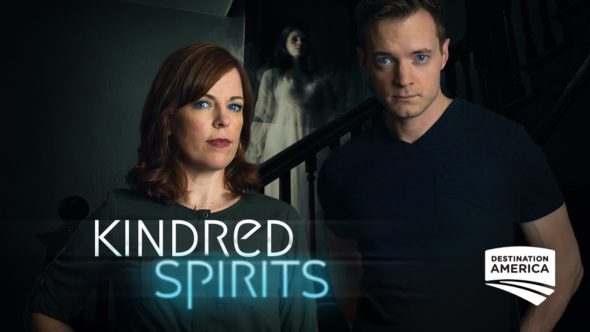 Things are getting spooky this holiday season. This week, Destination America announced a new episode of Kindred Spirits will debut on New Year’s Day.

The premiere is part of the network’s upcoming “12 Nights of A Haunting” marathon, which begins on December 20th. The marathon culminates with the debut of a never-before-seen episode of Kindred Spirits on January 1st at 10 p.m. ET/PT.

Destination America Celebrates “12 NIGHTS OF A HAUNTING,” Ending with a Never-Before-Seen Episode of “KINDRED SPIRITS”

On 12 NIGHTS OF A HAUNTING, Destination America gave to me:

Destination America is serving up the nightmare before Christmas with 12 NIGHTS OF A HAUNTING. Tune in every night from Wednesday, December 20 – Sunday, December 31 for a primetime marathon of A HAUNTING.

And to add to the holiday spirit, spend New Year’s Day with a day-long marathon of KINDRED SPIRITS culminating in a never-before-seen episode from season 2 premiering Monday, January 1 at 10/9c.”

What do you think? Are you a fan of Kindred Spirits? Will you watch the holiday marathon?

I love this show when will they have new ones?

I can no longer watch Kindred Spirits as Dish Network charges for the channel.

I love Kindred Spirits but my package on my cable I don’t get Destination America channel!!! I usually watch on TLC

Me also. Has tlc cancelled it? I wish I could get Destination Channel. My stupid cable company won’t carry it for some strange reason!