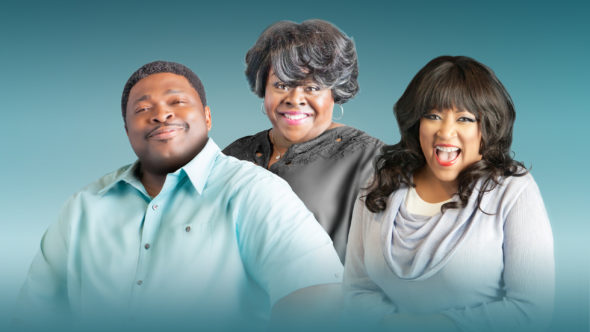 How much do you enjoy Curtis and Ella’s retirement during the first season of The Paynes TV show on OWN? As we all know, the Nielsen ratings typically play a big role in determining whether a TV show like The Paynes is cancelled or renewed for season two. Unfortunately, most of us do not live in Nielsen households. Because many viewers feel frustration when their viewing habits and opinions aren’t considered, we’d like to offer you the chance to rate all of The Paynes season one episodes here.

An OWN sitcom, The Paynes stars Cassi Davis Patton, LaVan Davis, Jackée Harry, Stephanie Charles, Markice Moore, JD McCrary, Sanai Victoria, and Anthony O. Dalton. The comedy centers on Ella and Curtis Payne (Davis Patton and Davis). He’s a somewhat brash, retired fire chief, while she’s a patient, long-suffering homemaker. Retirement isn’t all smooth sailing for them, and amidst the laughter they experience plenty of lows along with the highs.

What do you think? Which season one episodes of The Paynes TV series do you rate as wonderful, terrible, or somewhere between? Should OWN cancel or renew The Paynes for a second season? Don’t forget to vote, and share your thoughts, below.

I love the show I’ll make sure I watch it every single time it comes on. You need to make season 2 Anna season 3 also. I am feeling heart break right now because I am not able to watch it. I keep scrolling through the guide on the TV just to see if it’s on another station. I love Ella and Curtis they’re very funny. And Nala is so beautiful. Please bring back the show. And I really think you need to be longer than 30 minutes. Because it goes off too fast. And there are too many commercials.… Read more »

I really love The Paynes. Please bring the show back. It would be greater if they get to the point quicker and if ella called curtis name s little less. But either eay i love this show pn friday nights.

Agreed! This is turning into the Nyla show and they are losing the original cast. Please bring Curtis and Ella to the forefront of the show and put Nyla on the back burners.

Great show I love the way all men aren’t abusive and I love the storyline of Terrance showing Nyla how a real man take care a woman and her kids, please give them a chance and don’t cancel……I record this show and I watch reruns over and over.

My family & I have really tried to like this show but the scenes are terrible. It takes too long to move on & the canned laughter is not always appropriate. Its the reason we stopped watching For better or for worse & Love thy neighbor. They go back & forth saying nothing or calling (whinning) each others names. Oh my goodness. Maybe Mr Perry isn’t interested in sitcoms anymore & should stop doing them.

Why is Ella always putting down Curtis, no matter what he sayss, she has someting negative to say. Its not like the old show where Ella was always so loving, even when Curtis got on her nerves and irritated her. Because it just seems so negative, we have stopped watching the show, we check every now an then to see if it has gotten better but it has not. So for now we will not be watching the show any more!

I like the house of payne better, much, much better acting. I don’t know if it is the editing or acting but it is horrible. Too much rambling and drawn out scene. The folks in the background laughing is to forced and outdated.

I totally agree with all that your saying, especially about the loud constant back ground laughing, you should be able to watch the show an not even notice the laughter!

They reslly need more of original cast to make it

Love Ella and Curtis, Jackie is a good addition miss the old cast

I love the Paynes! Was so elated to learn of their return to TV! But , would love to see more visits from the kids, grand children, Floyd, all of the old cast! Was thinking maybe Floyd would follow Curtis to bug him, as usual and stay to help run the laundry! But YES! Please let the show return! We just got them back!☺

Curtis is the main laughter of the show….but putting Curtis words about him & Ella sex is to many times……..some of his lines seems to be disrespectful toward Ella…..Curtis and Hattie Mae (love thou neighbor) will make a greatest nemies as neighbors…..with Ella being friends with the neighbor…..Curtis have no-one as a laughter partner on the show to bring out his jokes….the kids are not good actors …..they always peeping toward the cameras….change the channel the show is view on and the time……Mondays perhaps @ 8pm….or Fridays @ 8pm…..Ella is to much in the church thing on the show……Joann is… Read more »

I really tried to enjoy the show as well as his other shows but I just couldn’t do it. I watched For Better or For Worse, it took the entire 22 minutes for Angela and Marcus to tell their friends to leave. After that I stopped watching it.

I tried to like this show, but it is horrible. I don’t see anything funny about it. It’s just a whole group of people that are badly in need of some professional help. The father in the family is unbelievably obnoxious all the time!

I was really looking forward to the Paynes coming back but I find their repeated rhetoric very annoying. Ella must say Curtis’s name at least 25 times an episode. The overall storyline is great but the family that they have taken in is not at all likable.

You took the words right out of my mouth. Too much rambling, it takes an entire episode to get one sentence out.

You’re right. I get so tired of Curtis name being called. The show moves so slow. The show just doesn’t move smoothly!

I love the show please renew it for season 2