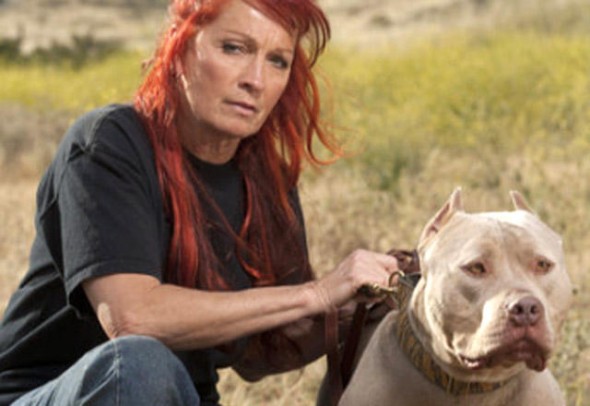 I love pitbull and parolees and I also give thanks to Tia and her family plus all of her hard workers for creating the Villa-Lobos Rescue Center for such a misunderstood breed. I’m a pitbull owner myself and there’s nothing in this world that makes me more proud to own my 3 four legged children. Thanks Tia and Villa-Lobos for everything.

Love the rescuers & of course all of the dogs. Tia has done SO MUCH for the Pit Bull breed. Thank you all for this eye opening tv show.

I have been trying to figure out if there is going to be a new season of pit bulls and parolees in the next couple months or by the new year so I believe that would make it season 9. Does anybody know if,there will be? Please if anybody knows reply to my comment thank you

Yes there will be new episodes coming this fall. Fall of 2016

I am sooo happy the show is coming back! This is my favorite show. You’ve really given my a love and respect for pit bulls. I never wanted one before, but now I have two! Can’t wait for the new season!

This is my very favorite show. I love the people and the dogs.

I can’t live without this show, please do not cancel. My daughter leaving for Army August 15, 2016 for South Carolina. We will be making a special 11 hour trip before hand just to go visit Tia and the cast. I hope we get to meet Earl, he has been such a wonderful impact on dogs. Such a kind heart. We love you Earl!! Love everyone there, Tia you are such an inspiration.

SO happy to hear the show will resume in the fall! I am very grateful for all the work Tia and her family does to rescue pit bulls and dogs of all kinds in New Orleans! She’s amazing! Her entire family is amazing!!! I only hope there will be a drop in the population of Pits because they ARE “misunderstood” and so hard to be adopted, once they’re abandoned, abused, or both!

I love this show so much, these people are heroes in my opinion tia and family keep up the awsome job. May god bless u and your family.

I love this show! What Tia and her family does for this breed of dog is a Pioneering event. I would love to be able to help with the fight for these dogs. I want this show to continue because it gives hope to all of us who love animals.

l lover the show, the dogs, and tia and her family and the parolees, cant wait for new shows.

Can’ wait for the new season. What Villalobos does for dogs and people is outstanding. Love the show , Tia and her family

I love what Tia & her family does for animal rescue. Have been hooked on the show for years. I’m a animal lover also. What she does for the parolees, giving them a second chance is phenomenal. There’s a special place in heaven for her. Looking forward to seeing yall. Yvonne

Can’t wait for the new season to begin. I own two pit bulls and they are the most loving dogs. They are gentle and loyal; one problem, they think they’re lap dogs, you gotta love them.

I have a pit bull also. He is 9 months old and is the biggest baby ever. A lap dog that weighs almost 70 pounds is not fun but since he is my baby he gets away with it.

Tia,kids, parolees are ANGELS to pit bulls & all animals God Bless All