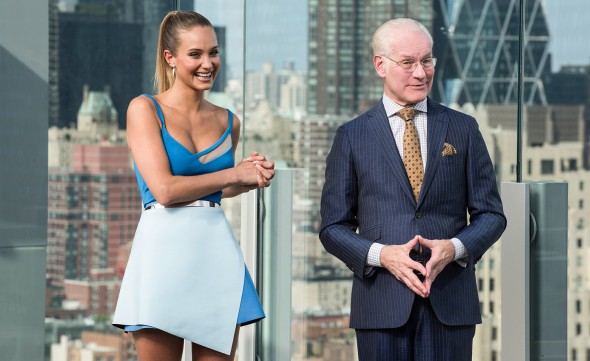 As reported earlier, Gunn, Heidi Klum, and judge Zac Posen have left the long-running fashion series ahead of its 17th season. The show recently moved back to its original network, Bravo, after spending 11 seasons on Lifetime.

During a recent conference, Gunn revealed Bravo offered both him and Klum a nearly 60% lower salary for season 17 of Project Runway. So now, Gunn and Klum are developing a new series for Prime Video.

Here’s the full details from Austin360:

The end of his time on “Project Runway” began in the spring. The new season was ready to go. Then he and Klum found out through young relatives by way of social media that the show was headed back to Bravo, its original home, from Lifetime. After a period of silence from the networks, their agents informed them on an offer of 60 percent less salary than they were making before. To the Bravo execs, these two idols were “old and stale.” So Gunn and Klum accepted an offer from Amazon to create a new fashion show. Details to come.”

What do you think? Are you a fan of Project Runway? Will you watch without Tim Gunn and Heidi Klum?

P.S. Cristian Serrano is so boring and mostly unhelpful w/the designers. I guess he thinks his success as a designer from his time with Tim makes him a better replacement, but he is woefully wrong. Zero personality compared to Tim and clearly incapable of giving the helpful, subtle guidance Tim gave and why designers and fans LOVE him.

Heidi and Tim made Project Runway the best fashion reality show ever. The new cast have none of the personality, credibility or fun and the show is now boring. Big mistake, Bravo. I followed Tim and Heidi.

I totally am in agreement with you…I love tim Gunn and Heidi klum..
Elaine needs to go , she is very prejudiced and does nothing for the show. Just watch her….

No Tim and Heidi, I’m done.

Absolutely love Tim Gunn and Heidi Klum. The only reason I really watch the show. Nove of the Spin Off shows have interest me at all. If they come up with a new show – i will watch them.

I had actually stopped watching when the show let people stay on when better designers were voted off.

Tim Gunn and Heidi Klum ARE the reason I was watching Project Runway. Bravo better check their polls for the people who have the money to consistently buy fashion and the wares of their advertisers. College age and those just beginning their way in the world aren’t, usually. “Old and stale” (their words) have led the show for 16 years so they must be doing something right. This is a passive aggressive move by the network. I’d have probably given them some respect if they’d had the balls to fire them like they effectively did. Instead by offering a 60%… Read more »

Heidi and Tim were the heart of the show. Without them, I won’t watch project runway again. However, when their new show comes on, I’ll be there!!!

I totally am in agreement Steven . ..