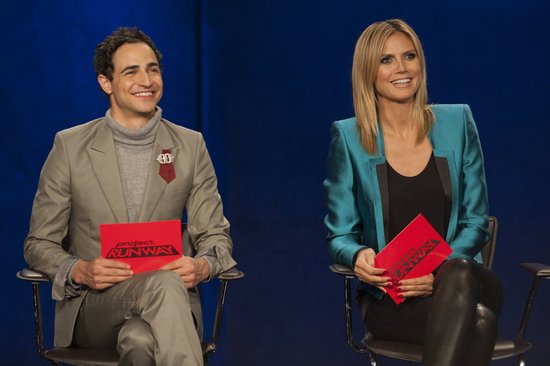 Project Runway is getting smaller by the minute. TVLine reports Zac Posen is leaving the Bravo TV show ahead of season 17.

Earlier, we reported Project Runway was moving back to its original network, Bravo, after parting ways with Lifetime. The fashion design series wrapped its 16th season in 2017 and casting was announced for a new season this past June. However, a premiere date for season 17 has still has not been announced.

A few days ago, Heidi Klum and Tim Gunn announced they were leaving Project Runway for a new deal at Amazon. Now, judge Zac Posen has announced he is exiting the Bravo series as well.

Working alongside Heidi, Nina [Garcia] and Tim as a judge for six seasons of Project Runway was one of the greatest experiences of my career. I will cherish the opportunity the show gave me to learn from and grow with my co-judges, the producers, crew and designers. Runway has led to incredible opportunities and I am currently at work on some new projects that I am very excited to share with you soon. I wish the show and everyone much success always.”

What do you think? Are you a fan of Project Runway? Would you watch without Klum, Gunn, and Posen?

WHAT’S THE USE of it going on, with out HEIDI KLUM, but ESPECIALLY with out the heart of the show, TIM GUNN!? turn out the lights, the parties o..ver…..!