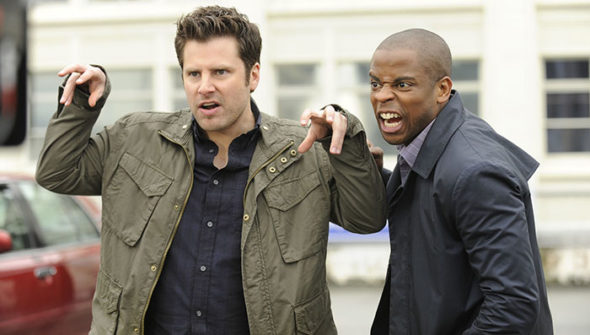 Psych fans may have to shell out some money for the new movie. TVGuide reports the USA Network TV show’s second reunion movie will air on NBCUniversal’s new streaming service, Peacock.

Although it was announced Psych: Lassie Come Home would debut on USA Network in 2019, the movie will now debut on Peacock in 2020. The streaming service is expected to launch this April and will feature all eight seasons of Psych.

What do you think? Are you a fan of  Psych? Will you watch the new reunion movie?

Yes I will absolutely join the other streamer to watch Psych, I can give up anything for that! Looking forward to it

Favorite show of all time, but not paying for another streaming service

This is nonsense for us real fans of the show, just another way for us to pay more money…smh

Please just put both movies on DVD that way those of us who have a collection of all of everything Psych it can be completed.