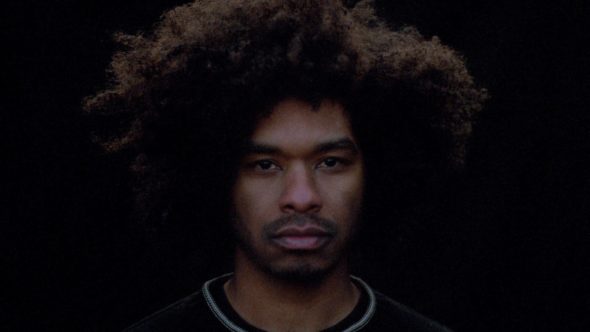 HBO has something new. Recently, the network released a preview for their upcoming TV show Random Acts of Flyness.

From artist Terence Nance, the late-night series “explores evergreen cultural idioms such as patriarchy, white supremacy and sensuality from a new, thought-provoking perspective.”

Random Acts of Flyness premieres on HBO on August 3rd at 12 a.m. ET/PT.

Check out the new preview and read more details from HBO below:

RANDOM ACTS OF FLYNESS, a new late-night series from artist Terence Nance (“An Oversimplification of Her Beauty”), kicks off its six-episode season FRIDAY, AUG. 3 (midnight-12:30 a.m. ET/PT), exclusively on HBO, followed by other episodes subsequent Fridays at the same time. The show explores evergreen cultural idioms such as patriarchy, white supremacy and sensuality from a new, thought-provoking perspective.

A fluid, stream-of-conscious response to the contemporary American mediascape, each episode of RANDOM ACTS OF FLYNESS features a handful of interconnected vignettes, showcasing an ensemble cast of emerging and established talent. The show is a mix of vérité documentary, musical performances, surrealist melodrama and humorous animation. Nance and his collaborators weave together such themes as ancestral trauma, history, death, the singularity, romance and more, creating a television show like nothing seen before.

RANDOM ACTS OF FLYNESS is introduced by Nance as “a show about the beauty and ugliness of contemporary American life,” kicking off with an encounter with the NYPD. The first episode also features segments tackling police brutality and “blackface”; a cable-access performance of “Everybody Dies!,” hosted by Ripa the Reaper; a parody infomercial for a topical-ointment cure for “white thoughts”; and a talk show on sexuality in the black community. Other segments in the season include: a first-person shooter game for women that takes out street harassers with scowls; a tutorial for men on how to not be a creep; a Dominican-American musical interpretation of “a classic children’s fairytale”; a consideration of whether Michelle Obama is God; and more.

Terence Nance’s first feature film, “An Oversimplification of Her Beauty,” premiered in the 2012 Sundance Film Festival’s New Frontier section and won a 2012 Gotham Independent Film Award for Best Film Not Playing at a Theater Near You. His most recent projects include: “Swimming in Your Skin Again,” which premiered at the 2016 Sundance Film Festival; “Univitellin,” a reworking of “Romeo and Juliet,” shot on location in Marseille; and “18 Black Girls/Boys Who Have Arrived at the Singularity and Are Thus Spiritual Machines,” a browser-based improvisational performance featured at the 2017 Sundance Film Festival. Nance was awarded a Guggenheim Fellowship in 2014 and was named one of the “25 New Faces of Independent Film” in 2012 by Filmmaker magazine.

What do you think? Are you familiar with Terence Nance’s work? Will you watch Random Acts of Flyness?