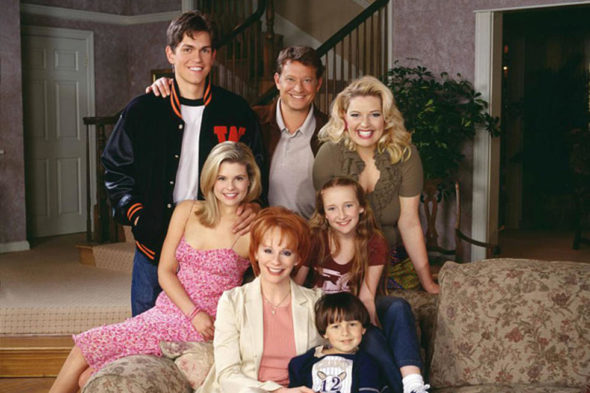 Is Reba ready for a reboot? Recently, star JoAnna Garcia Swisher told Us Weekly she’s ready for a revival of the cancelled WB TV show.

The sitcom centered on the family of Reba Nell Hart (Reba McEntire). The cast also includes Steve Howey, Christopher Rich, Scarlett Pomers, Melissa Peterman, and Mitch Holleman. The series ran on The WB from 2001 to 2006 before switching to The CW for its sixth and final season in 2007.

In the interview, Swisher revealed she’d love to do a Reba reboot:

I definitely think it’s possible and I think everybody would love to. There is so much love there and such fond memories of our time on the show. I feel like we kind of ended before we really wanted to and I think there is a lot of goodwill in that world and I know everybody would be supportive of it.”

What do you think? Are you a fan of Reba? Would you watch a revival?

My whole family and all my friends watch The Reba Show on satellite TV. My family watches it everyday over and over again and so much like the lady said we know their scripts. We love it so much when we have bad weather and no TV, I have the full series collection on DvD. We are hoping they bring it back to not just reboot but to continue the show, like blue Bloods. Which we believe would be number 2 in TV shows.
Ty,Ty TY TY TY

I would love to see a remake. Such a talented group of actors. It would be nice to see the kids all grown up.

We love Reba! We have watched every episode so many times we even know their script!!! Would love to see the story continued.

I am looking forward to seeing the Reba show again.

i love all the characters on show

I would love a seventh season!!! It is a wonderfully funny and heartwarming show with great chemistry between the stars!!!! The storylines a great!!! I’ve seen the behind the scenes videos and it’s not just the actors but the professionals behind the scenes that make the show a success!!!! Yes, we want more!!!!!!!

That would be AWESOME