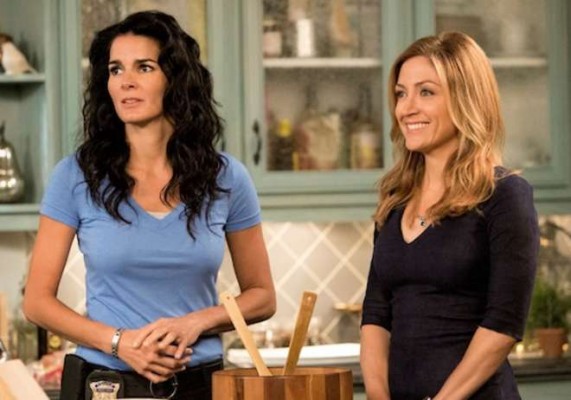 I think it is absolutely ridiculous to cancel a show that is loved and actually gets high ratings . Also I believe they are still getting awards for this show. If Riley has to cancel excellent shows like this to prove something then how about TNT cancel him. I don’t know if I’ll watch anything on TNT again . And what a lame excuse for canceling the show . Where did u get this guy TNT?? I have several family members and friends that feel the same way but don’t get on social media . What can fans do to… Read more »

how about getting rid of a reality show instead /

how about canning a reality show instead

CNS is still going strong. As log as you keep the same cast and keep the stories strong seems like you can keep this show on for at least 3 more years.

A bird in the hand is worth two in the bush. TNT is not having good luck with its new shows – having to cancel them in one season or less. Makes no sense to dump a proven ratings winner for an unknown quantity. The minute he does this to Major Crimes, I’m giving up on TNT.

It’s one thing to say it’s run it’s course so we’re cancelling it while it’s on top but what do they have to put in it’s place? Kevin Reilly hasn’t had a hit on TNT yet. All TNT”s latest offerings have been terrible. I’m taking bets that Major Crimes and The Librarians will be next as Kevin is cleaning house of anything that wasn’t his idea using the excuse they are not “edgy” enough and yet he’s not giving anything worth watching in their places. He said they never have said NO to him. I think they should. How long… Read more »

I love this show!! Hate to see another good one cancelled!

Seems like they dump more than they keep. They should put PROOF in the Rizzoli and Isles spot.

I hate to see it go – at least on season would be better than just abruptly cancelling this fantastic show. Give us one more season, please??

One of my favorite shows don’t cancel

I like Rizzoli and Isles. TNT seems to not get that some people do not care for their dark, gritty programming..There will no longer be any reason for me to watch TNT.

Another stupid decision by the producers. Cancel a popular show

I have always liked R&I, but I do have to wonder if their reasoning had something to do with Alexander’s rather edgy character in Shameless.

I had not thought of that – but I don’t think R&I and Shameless have the same audience, and even if they do, they are obviously very different shows. No comparison in content. I DO watch them both – and enjoy each for completely different reasons.

I really don’t care WHY, I just want the show to CONTINUE. I love the WHOLE cast and will miss the show A LOT!!! I have been watching since Day One and would like to see MANY more seasons. Screw Reilly, BAD decision.