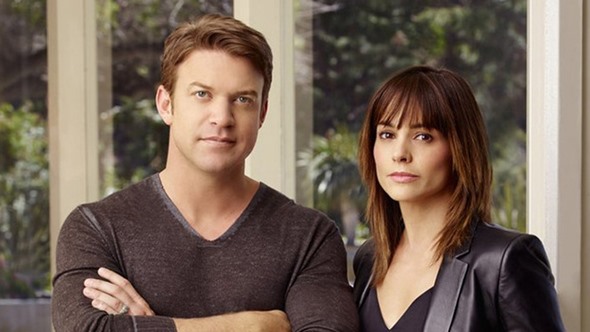 Satisfaction premiered season two on USA Network on Friday night, and now fans can check out the entire season on USA Network’s website and on demand. The network is trying the Netflix binge approach with the popular drama.

USA informed fans of the move with posts on the show’s Facebook and Twitter pages on Sunday morning.

There’s no need to stop now 😉 Indulge yourself with Season 2 of #SatisfactionUSA, available online and On Demand.https://t.co/nRKzZWC1Ju

Will this harm Satisfaction’s chances for a third season renewal? The USA Network is not the first to try the Netflix approach. Over the summer, NBC released all of Aquarius online before its premiere. Fans still tuned in, and the network renewed the David Duchovny series for a second season.

Will you binge watch Satisfaction? Or, will you stick to the traditional way and watch the show on Friday nights? Tell us what you think.

My wife and I love Satisfaction. PLEASE renew it for a third exciting season.

Please bring it back! Me and my husband love watching this..can’t wait for the next episodes to come on..please don’t cancel..this show can go far!

I don’t know what I could say

love this show please bring it back

I love watching satisfaction and can’t until next week

Garbage show, should of been cancelled after the first season. Story line is pathetic and a joke. It will not be missed.