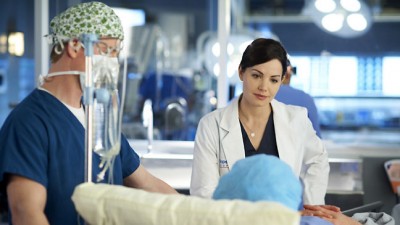 Most definitely!!! I love Saving Hope, as will as the cast. NBC SUCKS…this is the only show I’ve every watched on their network, and now I’m gone…good job guys… *sarcastic thumbs up*

NBC are morons. Cable should’ve had it to begin with. Only way to do quality shows justice. DVD is a good option, too.

You missed Conrad Coates in the credits! I noticed him in the last few episodes… I would for sure follow this show to cable. idk about the dvd though… who buys those anymore? will be watching online.

I already plan to by the DVD set of Season 1 and would watch it on a Cable Channel.

I love Saving Hope! I will follow it wherever it goes!

I m not surprised that NBC is dropping Saving Hope ,the basically dimissed this amazing show from the very beginning. I would love if IONTV would pick it too or HBO, USA,ABC,CBS…ETC!! It will indeed be there lost Saving Hopes gain. (Very Disappointed In Them)

Yes, I would follow it wherever it went, and I will buy the series on DVD as soon as it is released!

I would definitely watch Saving Hope if it moved to cable and buy the DVD. It’s such a shame that NBC dropped the show. I really enjoyed watching every week.

I h ope Ion picks this up. I really enjoy watching this show.