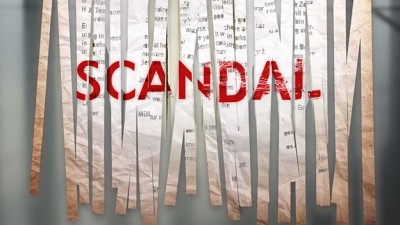 The alphabet network has ordered nine additional episodes of Scandal. The sophomore drama will have a full 22 installments in its second season.

What do you think? Do you like the Scandal TV series? Did ABC make a good move in ordering more episodes?

I have to watch each episode several times to catch everything! I LOVE the way the writer puts what happened out there…then tells you how they got to that point. Brilliant writing!!!!

Love Scandals. It’s a show to watch and try to figure out some of the twists and turns.
The tormented love of Olivia and the President is a good watch. The assistant to the President is a real stinker. Great Prince material, that one.

Scandal is the best drama on television today. Everyone I know watches this show and is obsessed with it. I don’t understand why there isn’t much advertising for it. I see commercials for Revenge more than anything else. You want ratings …let people know the show exists!!

Thank you for absolutely creating such a beautifully put together show with addicting story line. I just can’t wait to see the next episodes. Please don’t cancel, the cast is so well put together and Kerry and Columbus are my favorite actors. Please can somebody please bring back Undercovers. Anyways DON’T CANCEL THIS SHOW ITS AWESOME!

I absolutely love this show. It has been many years since I have enjoyed network television shows. This show is “hot”, spellbinding and riveting. Thanks ABC and keep them coming.

It’s about time we the viewers get a serious and relevant show on our TV that keeps us addictive and worth watching – keeps on wanting more of it. SCANDAL is that show. Scandal is the best Television show ever with loves of real life’s stories, be it political, romantical, or all-the-wise -lol “word”.
Right now, i live for this show. SCANDAL.

I love this show. The actors are great and the writing is outstanding. I hope this show gets picked up for many seasons to come.

I love this show. It has a little bit of everything and real acting – imagine, you can count on a good performance every week. I have not enjoyed a show this much since the West Wing.

Absolutely love Scandal!!! Great cast…stories…and the most dynamic couple since Luke and Laura!!! It’s new and a lil different….give it a chance.

Best show on TV! It’s smart and has great actors, that can really act! It keeps you on your toes! The actors telling the story of Liv and Fitz is just icing on the cake!!!!!!!