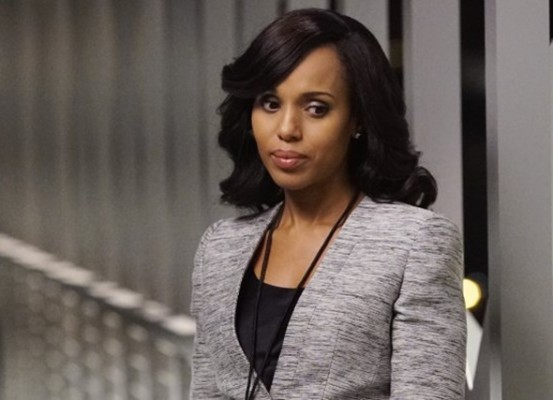 How will Scandal end? Recently, the cast discussed the seventh and final season of the ABC TV show, Deadline reports.

At Vulture Festival this past weekend, Tony Goldwyn said the characters will have to earn a happy ending on Scandal:

If it does happen, they are going to have to earn it — a redemption has to take place in order for it not to be an old-fashioned, contrived happy ending.”

Meanwhile, Kerry Washington said the ending might not be happy for everyone:

If the ending isn’t happy, does that mean there will be a character death? During the panel, Joshua Molina joked, “I’m hoping for a ‘red wedding 2.'” Let’s hope it doesn’t come to that! Currently, the ABC series is still filming its seventh and final season.

What do you think? Do you watch Scandal? How do you want the series to end?

I have been a faithful fan of Scandal, never missing an episode. I hate that it is coming to an end, but hate even more the direction the show took this year, so in that respect, I am glad it’s ending. I really would love to see Olivia find her way back to the person she was, but from Kerry Washington’s comments, it doesn’t seem to be the case. Shonda Rhimes shouldn’t be the only person happy with the ending. I’m so disgusted I might not watch the rest. I can easily read what happens to Olivia, which I imagine… Read more »

they should kill off her and her Dad. I like the show but as the saying goes, what comes around , goes around !!!

I think “no” on the happy ending, Miss Pope is a *****, her character shows that. something bad and exciting is in order!!!

I think now that all the colours of Olivia Pope have come to the fore, she needs to be killed off in the last episode.

Olivia and her president together happily. Olivia back to nice person she can be. Everyone together with who they love.