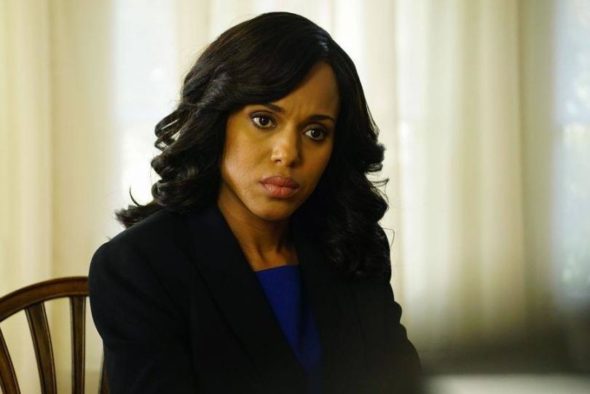 On a recent episode of The Wendy Williams Show, Young revealed Rhimes originally intended the ending of Scandal to be Mellie’s inauguration as president:

We asked her at the beginning of the year. We went out to dinner and asked, ‘Is it ending like you always thought it would, or has anything changed?’ And she said that, no, it was going to end at the inauguration, so we got an extra year. It feels like such a gift from heaven.”

Later, Young said she she feels lucky to play a female president on television:

What do you think? Do you watch Scandal? How do you want the series to end?

Olivia should not end up with Jake or Fritz… Bring Steven back and he and Olivia should ride off into the sunset. Too much drama and baggage with the other two!