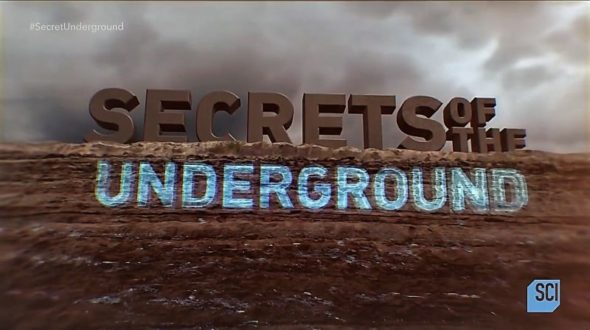 Secrets of the Underground is returning for a second season later this month. The season will arrive on October 28 with a brand-new co-host and more.

Science Channel revealed more about the new season in a press release. Check that out below.

“Using cutting-edge technology to investigate and uncover the world’s most fascinating subterranean mysteries, the Science Channel series SECRETS OF THE UNDERGROUND, is set to return for a second season. Explorer, adventurer biologist and tech fanatic Rob Nelson and his new co-host, geophysicist Stefan Burns, will dig deep into some of the world’s most notorious underground legends including the long-rumored Nazi Gold Train, America’s Atlantis, the Lost Temple of Jerusalem, Nikola Tesla’s buried master plans, and more. The new season, featuring eight one-hour episodes, premieres Saturday, October 28 at 10 p.m. ET/PT.

“This season we are globetrotting to go after the greatest secrets in history and using 21st century technology to do it, some of which has never been trained on these long thought unsolvable mysteries,” said Neil Laird, Executive Producer, Science Channel.

In the premiere episode of season 2 Rob and Stefan jet to southwestern Poland to investigate rumors of a buried train packed with stolen Nazi treasure, valued at over a billion dollars. The legend is fueled by the region’s Owl Mountains, home to miles of underground tunnels constructed in the final days of the Third Reich as part unfinished Nazi project of still-unknown purpose. They are even believed to connect to many of the nearby castles in the area. Were these labyrinths constructed as a last-ditch effort to hide Nazi loot? The use of the first-ever metallic scan next to a stretch of track reveals a large metal anomaly, leading to a new theory on where the train could be hidden.

Are you a fan of Secrets of the Underground? Tell us what you think.

I love secrets of the underground keep shown it. Bring back a new season