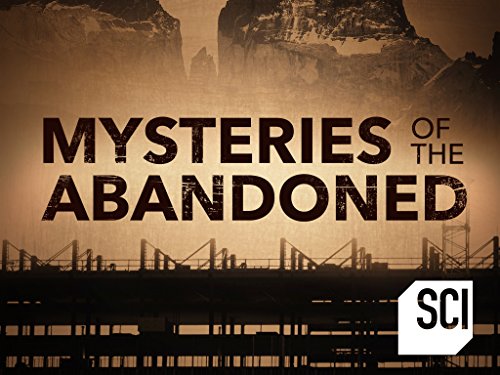 The mystery continues. Science Channel just announced season three of Mysteries of the Abandoned will premiere in October.

The docuseries “features stories behind some of the world’s most amazing engineering marvels, why they were built, and why they were eventually no longer of use.”

Season three of Mysteries of the Abandoned premieres on Science Channel on October 2nd at 9 p.m. ET/PT.

(New York) – The vast, decaying remains of 200 buildings are sprawled across almost 2,000 acres of land deep in the heart of Georgia. It is the remnants of the Central State Hospital, once the largest psychiatric hospital in the U.S., which in the 1960’s was home to over 12,000 patients. These and other long forgotten structures will be deconstructed and rebuilt with advanced CGI in season three of MYSTERIES OF THE ABANDONED, which begins Tuesday, October 2 at 9 p.m. on Science Channel.

MYSTERIES OF THE ABANDONED features stories behind some of the world’s most amazing engineering marvels, why they were built, and why they were eventually no longer of use. Each story highlights the people who designed the structures, their significance, and why they were ultimately left to crumble.

Among the sites explored in season three are the Old Croton Aqueduct, completed in 1842 and which brought fresh drinking water to New York City at a time when most of the Big Apple’s water supply was not exactly potable; the Central State Hospital in rural Georgia, once a mental health facility made up 200 buildings sprawled across almost 2,000 acres of land; and the SS Empire Heritage, a British ship that was transporting Sherman Tanks to Allied troops when it met its end and now sits at the bottom of the Atlantic Ocean north ofthe Irish Coast.

“Behind every abandoned structure in the world there is a fascinating story to tell and that’s what Mysteries of the Abandoned, which is our top rated engineering series, does so well,” said Neil Laird, Executive Producer, Science Channel.

Also looked at this season are the historic Crozet Tunnel, built in the19th century as during construction of a railroad across the Blue Ridge Mountains; the Beelitz Heilstatten, a hospital complex in Germany where was Hitler was once a patient; the 1984 Winter Olympics facilities in Sarajevo that are now in ruins; Torpedownia, a torpedo testing station off the coast of Poland that still remains in the water; and the Packard Automotive Plant that opened in 1911 and is now one the most recognized symbols of the decline of Detroit’s auto industry.

What do you think? Have you seen Mysteries of the Abandoned? Will you watch the new season?

This is a good history & educational show, don’t take it off. There aren’t very many good shows on anymore. If u take it off well that means we just lost another good show.

Excellent series! I hope it had a long run.

It says on the guide that in that time slot is Engineering Catastrophes. 9 Et and PT right?