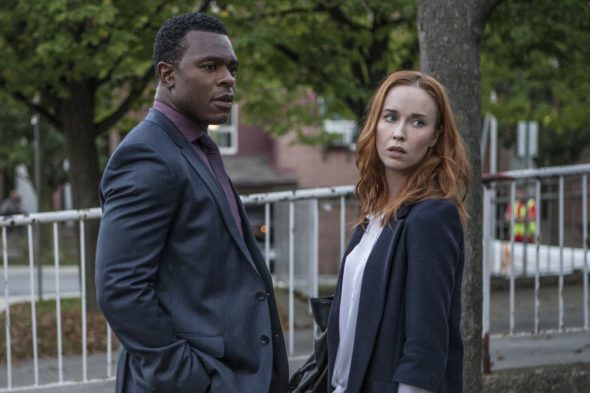 The story centers on young reporter Daisy Channing (Levesque), who is trying to strike a balance between her fledgling career and a personal life that isn’t exactly tidy. After witnessing a murder she suspects is gang related, Daisy is drawn into a network of sex, crime, and political power. She soon uncovers a scandalous coverup which could topple the government and has the potential to destroy her loved ones.

What do you think? Which season one episodes of the Shoot the Messenger TV series do you rate as wonderful, terrible, or somewhere between? Should CBC and WGN America have cancelled or renewed Shoot the Messenger for a second season? Don’t forget to vote, and share your thoughts, below.