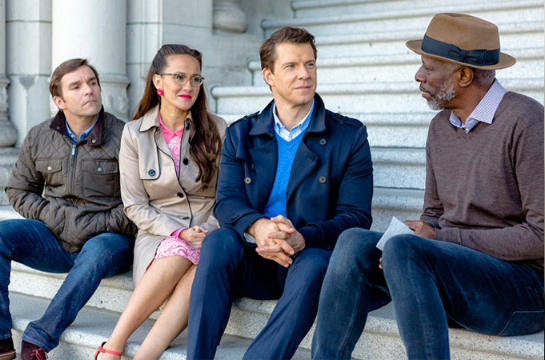 The Signed, Sealed, Delivered team is back in action. Recently, Hallmark Channel announced the new TV movie will premiere in July.

The new Signed, Sealed, Delivered movie, titled To the Altar, debuts on Hallmark Channel on July 15th at 9 p.m. ET/PT.

I love SSD. PLEASE bring it back and make it a series. I watch the episodes over and over,, Love the Postables!

Can’t wait to watch a movie of Shane and Oliver’s wedding!!!