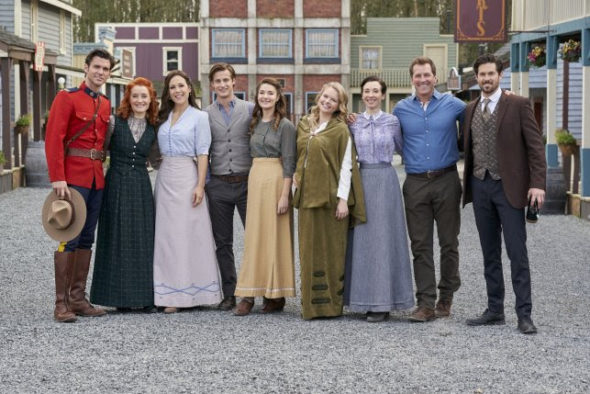 It’s nearly time to return to Hope Valley. Hallmark Channel has announced that When Calls the Heart will return on Sunday, February 23rd, at 8:00 PM.

The characters were last seen on Christmas for the When Calls the Heart: Home for Christmas movie. Compared to the previous season’s feature, it was down by 29% in the 18-49 demographic and down by 19% in overall viewers.

In the Season Seven premiere, titled “A Moving Picture,” Lucas gives Elizabeth writing advice that causes her to search for new inspiration. Rosemary and Lee plan a vacation. Faith returns home with a dilemma that may force her to part ways from Carson. Gowen is interviewed for a business magazine.

What do you think? Will you be watching the return of When Calls the Heart on Hallmark Channel? Should this be the end or, do you think it should be renewed for season eight?

Yes will be watching when calls the Heart.

Please don’t stop series. Been watching since first started. We need wholesome entertainment these days, please. The family can watch together. Now that the series is including other nationalities, is getting even more interesting. No vulgar scenes….just great. Women look very nice and classy. Yes, series need to continue.