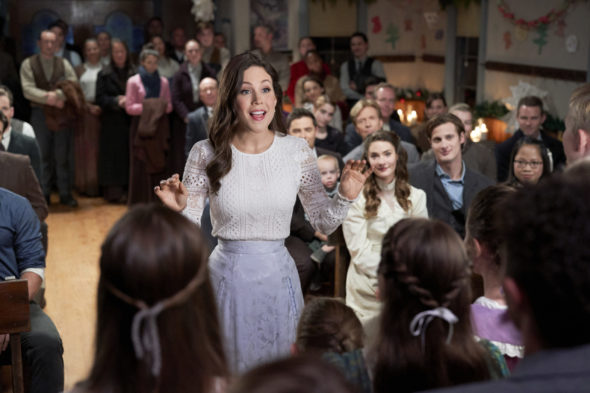 Get ready for a new season of When Calls the Heart with its special Christmas night movie. Elizabeth and her friends from Hope Valley will deal with it being baby Jack’s first Christmas during the special event.

The cast of When Calls the Heart includes Erin Krakow, Jack Wagner, Martin Cummins, Pascale Hutton, and Kavan Smith. Lori Loughlin will not be returning for the new season.

Hallmark Channel revealed more about the return of the series in a press release:

“As Christmas approaches in Hope Valley, Elizabeth (Krakow) prepares for Little Jack’s first Christmas and birthday, surrounded by her closest friends. Despite the friends that want to give Baby Jack a special Christmas, she misses Jack more than ever. Nathan (McGarry) receives a prestigious job offer in Union City but weighs the promotion against the downside of leaving Elizabeth and taking his niece away from Hope Valley. Lucas (McNally) holds a Christmas festival to bring some of his family’s traditions to Hope Valley…and to impress Elizabeth. Carson (Greene) and Faith (Andrea Brooks) face obstacles when they try to reconnect for Christmas, which leads Carson (Greene) to a stranger in need of his help. Meanwhile, Rosemary (Hutton) and Lee (Smith) search for the perfect gift for Little Jack, while Bill (Wagner) turns Hope Valley upside looking for a special gift that he misplaced.”

The Christmas movie also kicks off season seven of the series. The series will return in February with brand new episodes.

Check out a trailer and poster for the When Calls the Heart Christmas event below. 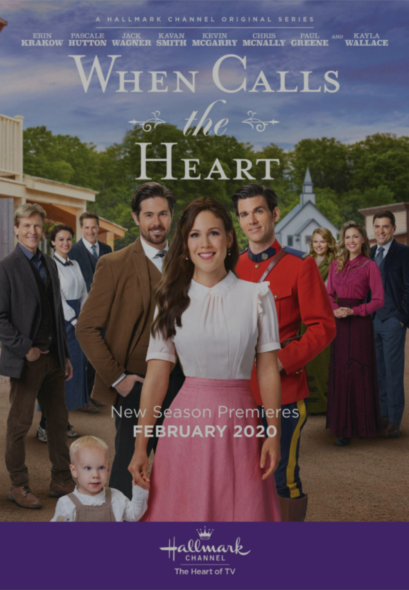 What do you think? Are you a fan of this Hallmark series? Will you watch the special on Christmas night?

I love the show and I wish that Jack would come back to the show. If he doesn’t them I want Elizabeth 5marry Nathan

I want jack back or I wont watch it any more.

I am quit frustrated with the hit and miss shows. I would like to see a romance develop between Lucas and Elizabeth. Sorry but Lori Laughlin was not the show and it must go on. If she ends up in jail that’s too bad she did something wrong and should pay but the rest of the cast should not suffer.

I watched series 1-6 on Netflix can I watch the new series 7 too on Netflix? I don’t have Prime Video

I sincerely hope that the powers to be at Hallmark have enough sense to not pair the teacher to the saloon keeper because such things DID NOT happen on the Canadian prairies as this is where the show is supposed to be depicted. I am disappointed that they fired the actress playing Abigail as the show has been terribly flat without her and as I try(and I mean try) to watch the new shows it is not working. I have a rule of thumb I have lived by when watching TV be it a series or a movie — IF… Read more »

This is why you don’t see the character of Abigail – too much negative press.

I am a fan and did watch the Christmas special and it was awesome!

I enjoyed this series so much. So many of Hallmark’s other movies need changes because you can see the same plot in several movies. There needs to be more family shows not focusing so much on romance. More true stories.