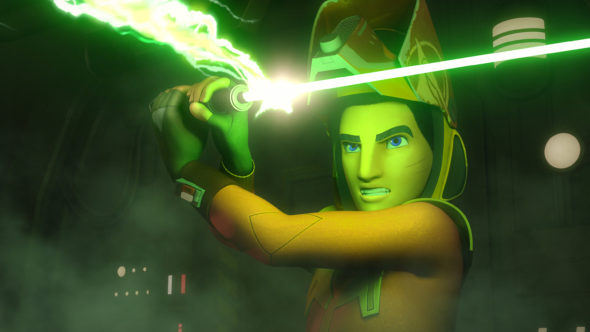 “I know what I have to do now.” Disney XD has released a new preview for the upcoming series finale of Star Wars Rebels.

The animated series is set in between Star Wars: Revenge of the Sith and A New Hope. It follows a small group of rebels fighting against an encroaching Galactic Empire. Freddie Prinze Jr., James Earl Jones, and David Oyelowo provide voices for the popular series.

What do you think? Are you a fan of Star Wars Rebels? What do you hope happens in the finale?

I’m still a little bummed knowing that the show is ending but, I do think it’s for the best. It wouldn’t be good to keep it going beyond the point where everything meets up with the original story. These characters, and their chapter are done; leave on the high note.

While I still don’t like the continuity changes that have been made over the years, starting from the Clone Wars (second series) leading up to Rebels; I can’t deny it’s been a fun ride.