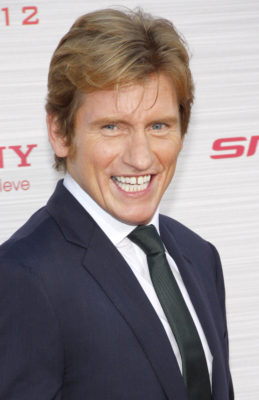 Denis Leary is headed to TNT. This week, the network announced the Rescue Me star has joined season three of Animal Kingdom.

Leary previously co-created and starred in seven seasons of the acclaimed drama Rescue Me. He also recently starred in the comedy series Sex&Drugs&Rock&Roll. His film credits include playing Captain George Stacy in The Amazing Spider-Man, voicing Francis in A Bug’s Life and Diego in the Ice Age franchise and other movies such as The Ref, The Sandlot, Draft Day, Wag The Dog, Monument Ave and The Thomas Crown Affair.

Animal Kingdom is produced by John Wells Productions in association with Warner Horizon Scripted Television. Emmy® winner John Wells serves as executive producer on the series. Animal Kingdom was developed for television by Jonathan Lisco and inspired by the award-winning feature film written & directed by David Michôd and produced by Liz Watts, who also serve as executive producers on the series.

I’m done watching. As soon as I heard Denis Leary playing a part, that was it for me!

Yes, I will be watching season 3

I love this show, it’s very well done. I’m interested in seeing where they are taking Shawn Hatoys character. There’s LOTS of stuff bubbling just under the surface with him and Shawn plays it so well. My only negative I have and it’s not exclusive to TNT, why do we have TO WAIT SO LONG BETWEEN SEASONS??? I HATE THAT & there are lots of people who feel that way. You almost forget about the show. They really need to address this issue, ALL OF THEM not just TNT.

I can not WAIT for season three. I can’t believe I have to wait until the summer. I love Dennis Leary and think he will. E an awesome addition.