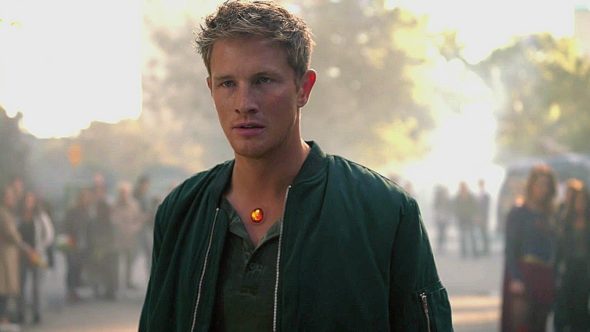 Animal Kingdom is getting ready for its fifth season, and a recurring member has been added to the cast. Anthony Konechny is joining Shawn Hatosy, Ben Robson, Jake Weary, and Finn Cole on the TNT series.

Deadline revealed that Konechny will play “a younger version of Denis Leary’s Billy” on the TNT drama. Leary joined the TNT cast in season three as the drifter father of one of the sons. Konechny has appeared in Supergirl (above), Witches of East End, and Fifty Shades of Grey.

Season five of Animal Kingdom started production in early September, but a premiere date for the new season has not been released.

What do you think? Are you a fan of Animal Kingdom? Do you plan to watch season five on TNT?

AnimalKingdom is great ! It shines in the midst of the “puddle of mud” cops, zombies. Firemen, doctors/ hospital shows. I have watched it since
Ep. 1. Season 1. I do really miss Smurf. Maybe she can come back for a eason 6 with the writers saying the shot was superficial and that was merely an excuse used to make her disappear safely while having cancer treatment. I wonder if it’s possible- there is now a new dilemma with the body at the construction site – is it Ren. Where is the baby? New story line perhaps… keep it going!!

I like this show too! The characters are very interesting! My husband and I will be watching!!!

So glad it’s coming back. Love this show!

Yes I love this show. I don’t know how it will be

Yes I love this show. I don’t know how it will be without Ellen Barkin but nonetheless I’m hanging in there.

I love the show! Watched it from the begining and wish this wasn’t going to be the last season.

Been Waiting for the Comeback!!!! So Excited!!!
Please Hurry!!

Love this show hope for many more seasons

Love this show !!! So happy coming back !

Great show I love the show Happy it is coming back hope it continues on for several more .

I love love love animal kingdom!!!! I can’t wait for the show to come back on. I miss Ben Robson,

I love this show and I Will be watching for it to return. Every episode every season.

I have absolutely no intention on watching it since they killed off SMURF (Ellen Barkin) . She made the show.

So glad she is gone was getting tired of her trying to act so tuff, & that horrible face lift couldn’t stand looking at her. She was very attractive when she was younger