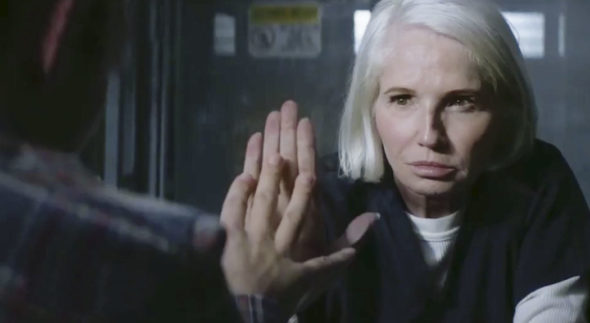 Has the Cody family staved off the latest threat? Is the Animal Kingdom TV show cancelled or renewed for a fourth season on TNT? The television vulture is watching all the latest cancellation and renewal news, so this page is the place to track the status of Animal Kingdom, season four. Bookmark it, or subscribe for the latest updates. Remember, the television vulture is watching your shows. Are you?

The third season of Animal Kingdom averaged a 0.39 rating in the 18-49 demographic and 1.31 million viewers. Compared to season two, that’s up by 3% and 11%, respectively. Learn how Animal Kingdom stacks up against other TNT TV shows.

Will TNT cancel or renew Animal Kingdom for season four? The ratings have been on par with the third season’s so I think the show will be renewed. For now, I’ll keep an eye on the Nielsens and update this page with breaking developments. Subscribe for free Animal Kingdom cancellation or renewal alerts.

What do you think? Did you think the Animal Kingdom TV show would be renewed for a fourth season? How would you feel had TNT cancelled this TV series, instead?

Dont dare cancel Animal Kingdom. I wait all Fall and Winter for each season to begin. Awesome show.

I don’t think I will watch without SMURF she was the Queen period!!!!!!

Oh, did I mention that I love this show too! So glad it’s coming back.

I absolutely love this show. Ellen Barking is a fantastic actor. In her early career she was like a chameleon, her look was so different in all her movies. The fact that she could totally change into someone else was her attribute to great acting.

Yes she is I don’t think I will watch without SMURF she is the QUEEN PERIOD!!!!!!!!