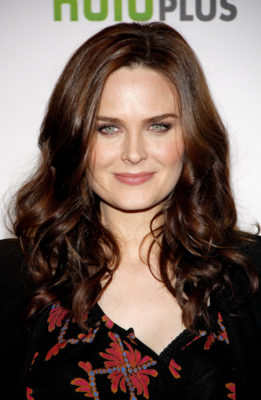 Based on the 2010 film, the drama series revolves around a 17-year-old who moves in with relatives — a family clan of criminals. The cast includes Ellen Barkin, Scott Speedman, Shawn Hatosy, Ben Robson, Jake Weary, Finn Cole, Daniella Alonso, and Molly Gordon.

On Animal Kingdom, Deschanel will be playing Angela, “Julia’s (Pope’s deceased twin sister) former best friend, a recovering junkie who arrives at the Cody house trying to snake her way back into the family’s good graces. She’s a survivor, scrappy, manipulative and an addict.”

TNT has not yet announced a premiere date for season four.

What do you think? Do you watch Animal Kingdom? Are you looking forward to the new season?

Can’t wait for the next Animal kingdom series to start

How do we get Emily off this show. I thought she was horrible in Bones but she is destroying a great show!

Love Animal Kingdom! They are so diabolical I can’t wait to see what trouble they stir up this season. Ellen Barkin is great as the matriarch. She is cool and cunning!

Yes, can’t wait, especially with so many good shows being cancelled!

YES, keep it coming, year after year. I love this series.

I LOVE the show… I miss Baz so much But still my favorite!!! Best show ever on TNT Can’t wait for season 4 ♥️

Animal Kingdom is my all-time favorite show. Ellen Barkin, Shawn Hatosy, the whole cast kills it! Can’t wait for season 4. Still have seasons 1-3 on my DVR!

I absolutely LOVE Animal Kingdom, can hardly wait for the next season!!

One if my FAVORITE shows! Love Smurf!!

So happy this series will continue, it has a great storyline different than anything else available. Its refreshing not to have the same cookie cutter , predictable outcome.

I dearly love Animal Kingdom and can hardly wait for the new season! It can’t come soon enough!

I can’t wait to see such a polar opposite of characters with Emily. From little Miss. goody-two-shoes to a drug addict on AK. Good lawd, this has great potential! Excellent cast & scripts! I love Animal Kingdom!