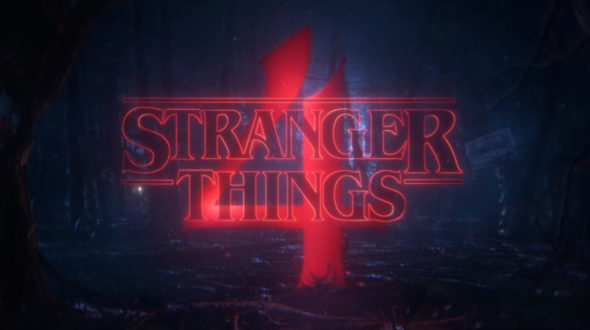 Netflix has made it official and has renewed the Stranger Things series for a fourth season. In addition, the streaming service has signed The Duffer Brothers to a new multi-year and series deal.

“The Duffer Brothers have captivated viewers around the world with Stranger Things and we’re thrilled to expand our relationship with them to bring their vivid imaginations to other film and series projects our members will love,” said Ted Sarandos, Netflix’s Chief Content Officer.

Here’s the announcement via press release and video:

Hollywood, Calif., – September 30, 2019 — Netflix has renewed the worldwide hit series Stranger Things for a fourth season and signed series creators and showrunners The Duffer Brothers to a multi-year film and series overall deal.

“The Duffer Brothers have captivated viewers around the world with Stranger Things and we’re thrilled to expand our relationship with them to bring their vivid imaginations to other film and series projects our members will love,” said Ted Sarandos, Chief Content Officer, Netflix. “We can’t wait to see what The Duffer Brothers have in store when they step outside the world of The Upside Down.”

“We are absolutely thrilled to continue our relationship with Netflix. Ted Sarandos, Cindy Holland, Brian Wright, and Matt Thunell took a huge chance on us and our show — and forever changed our lives. From our first pitch meeting to the release of Stranger Things 3, the entire team at Netflix has been nothing short of sensational, providing us with the kind of support, guidance, and creative freedom we always dreamed about. We can’t wait to tell many more stories together — beginning, of course, with a return trip to Hawkins!”

About The Duffer Brothers:
The twin brothers were raised in Durham, North Carolina and began making films in the third grade using the Hi8 camcorder they received as a gift from their parents. They went on to attend Chapman University’s Dodge College of Film and Media Arts, graduating in 2007 with degrees in film production.

After graduating, the Duffer Brothers wrote and directed several short films, attracting the attention of both Warner Bros., which acquired their script for the post-apocalyptic horror film Hidden, and filmmaker M. Night Shyamalan, who hired them as writers for multiple episodes of the Fox series Wayward Pines.

Building on their growing success, the Duffer Brothers pitched their idea for Stranger Things, an homage to 1980s genre films. The series was picked up by Netflix and premiered in the summer of 2016 to critical-acclaim and went on to become a global phenomenon, with Matt and Ross at the helm as writers, directors and showrunners.

Stranger Things has garnered over 50 awards nominations, including those from the Emmys, the Golden Globes, the Grammys, SAG, DGA, WGA, BAFTA, the Art Directors Guild and the People’s Choice Awards, among many others.

About Netflix:
Netflix is the world’s leading internet entertainment service with over 151 million paid memberships in over 190 countries enjoying TV series, documentaries and feature films across a wide variety of genres and languages. Members can watch as much as they want, anytime, anywhere, on any internet-connected screen. Members can play, pause and resume watching, all without commercials or commitments.

What do you think? Do you enjoy the Stranger Things TV show on Netflix? Are you glad that it’s been renewed for a fourth season? Should there be a fifth season or, should season four be the end?

Season 2 started well but descended into something of a farce.

I’ve stayed watching season 3 yet as the end of 2 didn’t give me impetus to make it a must watch.

The audience for this show seems somewhat divided, with a lot of people wanting it to end already, while others still want it to continue. Personally I think it should end in Season 4 before the kids grow up too much, but I’m keen to see other projects from The Duffer Bros

Even though some people find this show to be a repeat, i actually love this show i was hooked with the first few episodes, this show is way better then most shows on regular tv and i like the fact the its based on the 80s films and even if the duffer brothers end it at season 4 i really hope that they make more goood tv series because i will surely be there to watch it and i can’t wait to see what the future holds for the duffer brothers! I think this is one of my top favorite… Read more »

Hope to be the last, it is a repeated show now.