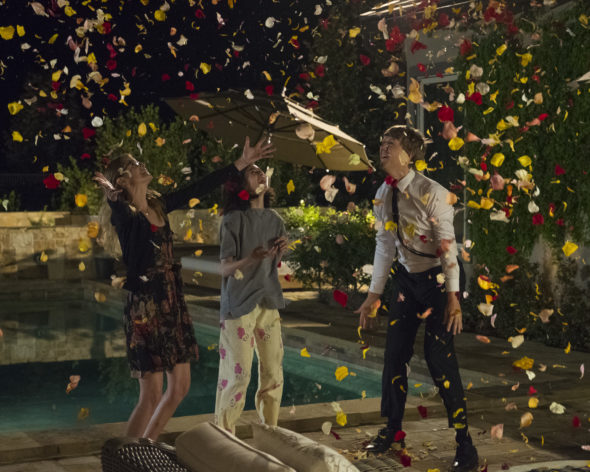 Don’t worry! Everything’s Gonna Be Okay on Freeform. That is the title of a new series coming the network on January. John Thomas stars in this new 30-minute series, which premiere on January 16. An exact time was not revealed.

Thomas is best known as the man behind Please Like Me, and this series marks his return to television. That series aired for four seasons before it ended. Thomas is not just starring in the new comedy though. He created, produces, and writes the new series which sees him dealing with the unexpected death of his father and being thrust into a situation he is definitely not prepared for – raising his two younger siblings. 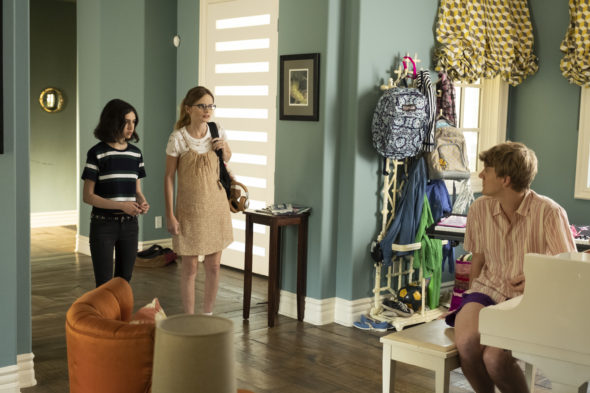 Freeform revealed more about the new series in a press release. Check that out below.

“Freeform announces Josh Thomas’ return to television with Everything’s Gonna Be Okay, premiering THURSDAY, JAN. 16. Critically acclaimed for his series Please Like Me, Thomas once again takes on a multifaceted role as creator, writer, executive producer and star of the 30-minute comedy, which introduces Nicholas (Josh Thomas), a neurotic twenty-something-year-old visiting his dad and teenage half-sisters, one of whom is on the autism spectrum. When Nicholas’ trip is extended due to his father’s untimely death, the siblings are left to cope with not only a devastating loss, but also the realization that Nicholas is the one who will have to rise to the occasion, move in, and hold it all together. A first-look clip wherein Nicholas proposes guardianship of his sisters, Matilda and Genevieve, is available here.

Navigating autism, budding sexuality, consent, parenthood, adolescence, family and grief, the heartfelt comedy will follow this imperfect family as they discover the importance of finding happiness in the middle of really difficult moments, one awkward conversation at a time.

Neurodiverse actress and activist Kayla Cromer stars as Matilda, a high school senior who is driven to succeed and on the autism spectrum. She is Nicholas’ bright and outgoing half-sister who is curious and contemplative; if she doesn’t initially understand something, she’ll put in the work to figure it out. 17-year-old stand-up comedienne Maeve Press stars as Genevieve, Nicholas’ other half-sister who has a unique comedic sensibility; she is clever, dramatic and definitely a little weird. At school she’s at odds with her authentic self, hanging around a group of girls who sharply contrast her kind-hearted family and struggling to find her place in the world. Newcomer Adam Faison rounds out the cast of series regulars as Alex, Nicholas’ romantic interest introduced in the first episode.

A first look video is also available for the new series.

What do you think? Is Everything’s Gonna Be Okay being added to your watch list for January?