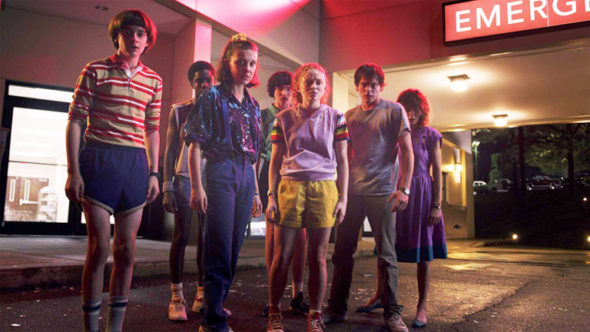 Netflix has already confirmed that Stranger Things will return for a fourth season sometime in 2021 but, what about a fifth year? Co-creator Ross Duffer confirms that season four will not be the end the hit sci-fi show:

Season four won’t be the end. We know what the end is, and we know when it is. [The pandemic] has given us time to look ahead, figure out what is best for the show. Starting to fill that out gave us a better idea of how long we need to tell that story.”

What do you think? Are you a fan of the Stranger Things TV show on Netflix? Are you excited for future seasons?

So glad renewed another season before new season came on waiting for air date premiere.

Omg next year really! The best thing Netflix has ever done. Hands down

These “kids” are gonna be in their 30’s by the time the next season drops!!!

Awesome to hear there will be more seasons to watch

I love this show! Happy to hear there will be more. Yep, they’ll be about grown, but still older teens are great too and can have adventures.

OMG!! I absolutely cannot wait for that season to come I love the show series very much no.

So glad producer extend this show awesome can’t wait to see sometime next year upcoming season. Going be good for sure no doubt.

I like this show but I think it’s time to wind things down. In all honesty, a fourth season isn’t totally necessary but since it’s happening I personally think this should be it. Everything doesn’t have to go on for all these extra seasons, just to stretch the show out and quality diminishes over time. Again, I like the show and enjoy the cast but I feel they can try their hands at another project.

kids will be grown before next season