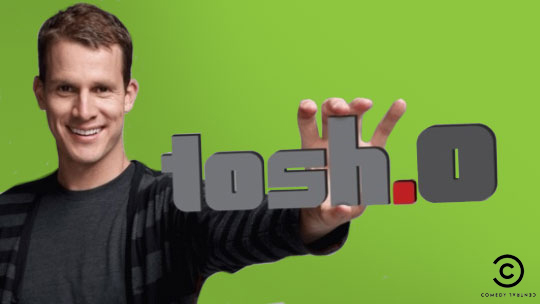 Tosh.0 is coming to an end. Deadline reports the Comedy Central TV show will end after its upcoming 12th season of 10 episodes. The channel previously renewed the show through season 16 and 2024 with a whopping 80 episode order.

Hosted by comedian Daniel Tosh, the comedy delves into all aspects of the Internet and the social media landscape from the absolutely absurd to the incredibly ingenious. The series premiered in 2009. The Tosh.0 series’ 12th and final season is slated to debut on September 15th. The series finale is expected to air on November 24th.

Of the cancellation, Tosh joked, “I look forward to doing an animated reboot of my show on MTV in 25 years.”

Tosh.0 is one of a number of Comedy Central TV shows to be recently cancelled since the network announced they are pivoting to animation. It was revealed earlier this week that plans for a seventh season of Drunk History have been cancelled.

What do you think? Are you a fan of the Tosh.0 TV series? Are you sad that this comedy series is ending?

Please don’t cancel Tosh.O or make it an animated show I really love this show just as it is. If this is something Daniel really wants then that’s a different story, It’s up to him.

I predict that this will be reversed, or is it a prank? Pivoting to animation? South Park is funny, but a lot of the animation shows barely make it a season. Moonbeam City, Brickleberry, Legends Of Chamberlain Heights, etc. they just don’t make it.
The only new show any good was Awkwafina’s show, Comedy Central is quickly becoming the SyFy channel where no entertaining shows are left.
I miss Workaholics, and Broad City!

yeah workaholics was the best

Corona at it finest