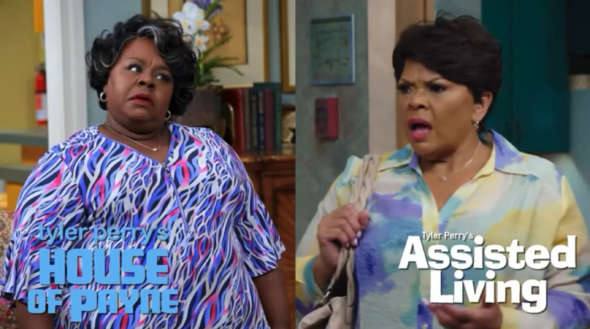 The return of the Payne family is nearly here. BET has announced that the seventh season of Tyler Perry’s House of Payne will debut in two weeks, accompanied by new comedy Tyler Perry’s Assisted Living.

House of Payne has a long history. The sitcom debuted on TBS in 2007 and ran for 255 episodes before ending in 2012. Many of the characters returned for a spin-off, The Paynes, which ran for one season of 38 episodes on OWN.

“TYLER PERRY’S HOUSE OF PAYNE,” returning for its seventh season, is a hilarious comedy about retired fire chief Curtis Payne (LaVan Davis) and his lovely wife Ella (Cassi Davis Patton) that picks up five years later, as they continue to navigate the problems of life with their quirky modern-day family.

In the new sitcom “TYLER PERRY’S ASSISTED LIVING,” Jeremy (Na’im Lynn), a patriarch of a young family with teenage children, loses his job and decides to move to the backwoods of Georgia to help his crazy grandfather. Grandpa Vinny (J. Anthony Brown) has foolishly purchased a terribly run-down home for the elderly and he is in way over his head, but comedy ensues as Mr. Brown (David Mann) and Cora (Tamela Mann) show up at the right time as needy investors.

What do you think? Are you looking forward to the return of House of Payne? Do you plan to watch Assisted Living on BET?

Both shows super funny love this shows keep renewed it. No idea revival this show remember it been on TBS channel haven’t watch long time. But some people negative thoughts irritating to me. Love comedy no matter what.

I hope HoP is good, as well as Assisted Living. But honestly, The Paynes is a better show to me than HoP. I think it’s funnier. And the drama feels somewhat less forced to me, and better acted, even though some funny and serious scenes can drag. It’ll be good to see the cast again, but I’ll miss The Paynes. It’d be cool if the cast members on there made it over to HoP too, because they are good.