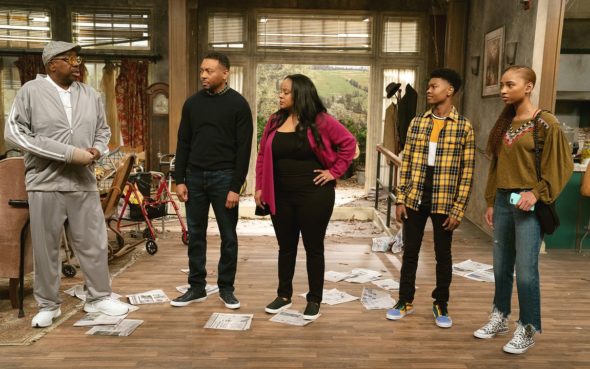 In this sitcom, Jeremy (Lynn) is a patriarch of a young family with teenage children. After losing his job, he wants to visit the backwoods of Georgia to help his eccentric grandfather. Leah (Nichole) is Jeremy’s supportive wife who thinks the place may be their inheritance and suggests that they stay. Sandra (Buck) and Philip (Henderson), the couple’s kids, couldn’t be less thrilled.

Jeremy’s Grandpa Vinny (Brown) has foolishly purchased a terribly run-down home for the elderly and he is in way over his head. He lives in the facility and grows weed.

Vinny’s prayers are answered (sort of) when Mr. Leroy S. Brown (David Mann) and his daughter, Cora (Tamela Mann) show up as needy investors. The Browns decide to invest in the dilapidated assisted living facility for very different reasons — Mr. Brown has deep-seated animosity towards Vinny while Cora has fallen in love with the place and thinks it will be a good investment for them.

What do you think? Do you like the Assisted Living TV show? Do you think it should be cancelled or renewed for another season?

This show too funny love it mr.brown hilarious character much so fun to watch.