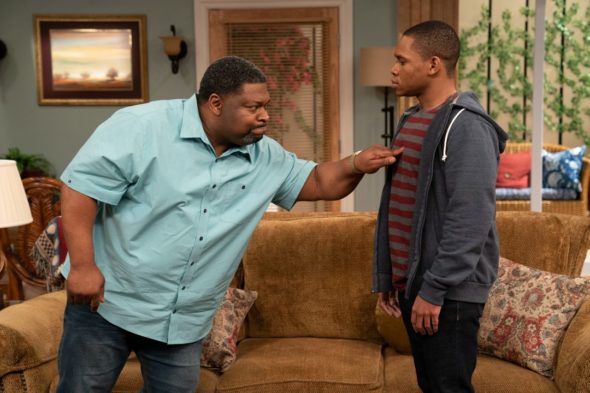 Are viewers ready for more of this family in the seventh season of the House of Payne TV show on BET? As we all know, the Nielsen ratings typically play a big role in determining whether a TV show like Tyler Perry’s House of Payne is cancelled or renewed for season eight. Unfortunately, most of us do not live in Nielsen households. Because many viewers feel frustrated when their viewing habits and opinions aren’t considered, we invite you to rate all of the seventh season episodes of Tyler Perry’s House of Payne here.  *Status Update Below.

What do you think? Which season seven episodes of the House of Payne TV series do you rate as wonderful, terrible, or somewhere between? Do you think that Tyler Perry’s House of Payne should be cancelled or renewed for an eighth season on BET? Don’t forget to vote, and share your thoughts, below.

*5/4/21 update: Tyler Perry’s House of Payne has been renewed through a ninth season.

funniest sitcom love it Assisted living show on after show. Watch a few episodes on came of House of Payne years ago never thought was”t good. Now love it both shows on Bet tv.

This show is 4 out of 10 for me. It’s just ok. Curtis is boring as heck and when he tries to make a point it takes forever. I will probably watch it because right now all my other shows for the fall is not on yet but again the writing is not so good. The girl they got playing Malik baby mama cannot act. The House of Payne is just not that great for me.

Is something wrong with Malik? Facial features concerns me and I pray all is well.