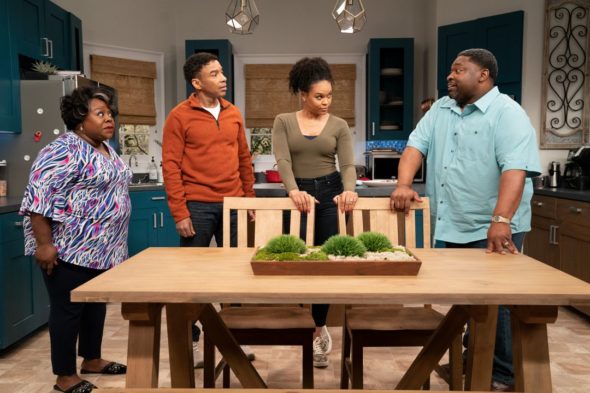 What new family drama is on the way? Has the House of Payne TV show been cancelled or renewed for an eighth season on BET? The television vulture is watching all the latest cancellation and renewal news, so this page is the place to track the status of Tyler Perry’s House of Payne, season eight. Bookmark it, or subscribe for the latest updates. Remember, the television vulture is watching your shows. Are you?

Will BET cancel or renew Tyler Perry’s House of Payne for season eight? This popular family has been around since 2006 and the show ran for six seasons before being cancelled on TBS in 2012. A one-season spin-off, The Paynes, aired on OWN a couple of years ago. Now that House of Payne has been revived by BET, I can’t see it being cancelled anytime soon. I’m confident that an eighth season will be made. I’ll update this page with breaking developments. Subscribe for free alerts on Tyler Perry’s House of Payne cancellation or renewal news.

5/4/21 update: Tyler Perry’s House of Payne has been renewed through a ninth season.

What do you think? Are you glad that the House of Payne TV show has been renewed through a ninth season? How would you feel if BET had cancelled this TV series, instead?

No doubt. House of Payne is a very entertaining and funny show. Lots of in my opinion under-rated talent and a well-chosen cast of characters for the interplay and timing intended.
My only question at this point is how are they going to cast China’s character (Jazmine) when she’s apparently set to play CW’s Jennifer Pierce?

Please renewed another season so funny love this show. Assisted living need new show get renewed too so funny enjoy it continuously.