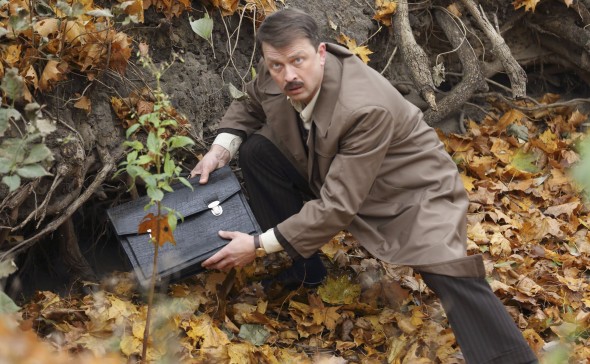 As you may recall, ABC started running The Assets on January 2nd but pulled the limited series after just two epipsdes had aired. Now, the network has announced that the show will be returning this summer — for a little while.

The network will start airing the remaining six episodes on Saturday, June 21st, at 9pm. Here’s the schedule:

The first two episodes are available for viewing online at Hulu.com.

The Assets revolves around the real life events of CIA counter-intelligence officers Sandy Grimes (Jodie Whittaker) and Jeanne Vertefeuille (Harriet Walter) and their search for the most notorious traitor in US History, Aldrich Ames (Paul Rhys). Others in the cast include Stuart Milligan, Julian Ovenden, Christina Cole, and Ralph Brown.

Update: The episodes have been rescheduled. Read the details here.

What do you think? Are you planning to watch the rest of the unaired episodes of The Assets.

one of the best mini series I’ve ever seen!

I also loved this series and could not stop watching it. What I found particularly compelling was when interviews with the real characters where shown in the last episode along with KGB footage. What I also liked about it was that it was a fixed length. It told a story and ended. So many series today just keep on running season after season because of good ratings and the writers are left scrambling trying to make some kind of cohesive plot season after season. It is very refreshing to see a story that has a conclusion. I had been watching… Read more »

I saw all episodes and enjoyed it very much. Too bad they can’t continue the series, I read where it was cancelled

This miniseries was excellent. Once drawn in I wanted to binge watch the remaining episodes. There aren’t enough intelligent shows on the national networks and it is dismaying that the networks pander to the moronic masses. Maybe if you advertised shows such as this one more people would know about it. I just happened to find it by accident. I hope APC reverses their decision and plans a second season. I can’t wait to read the book!

I watched it in the beginning and then it disappeared. It is an excellent program. I just finished watching it on net flicks. I hope it is continued. A bright spot it a sea of mindless pap. Missy Burk. September 23rd 2014

I stumbled on this in Aug. 14. It is absolutely one of the BEST shows you’ve ever aired. It doesn’t surprise me that you cancelled it; it requires patience and thought to follow the mystery that unfolds before us, and most people these days would rather watch a bunch of morons living in a house stabbing each other in the back. One of the best parts is the way Sandy follows her gut to find the mole. Even when she keeps hitting road blocks she sticks to her convictions. The actor playing Ames is superb in drawing you into loathing… Read more »

I loved it! I taped a lot of the show and just finished watching them all. The last scene where the grand daughter goes to the book signing was one of the most dramatic touching I’ve seen. Tissue time for sure.

what a great show. why would the network cancel this and continue to present such poorly rated programs.

His Majesty McGuirl
Reply to  ann

Elements within ABC didn’t like the political narrative that the series portrayed and therefore “The Assets” had to be liquidated.