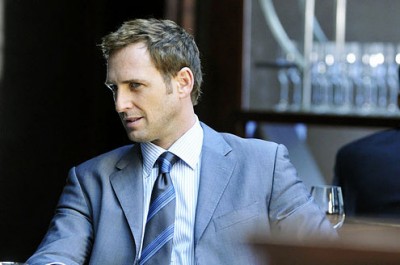 Another brilliant series cancelled. I couldn’t wait to watch it each week. I was hooked unexpectedly when I was on vacation. Love it! Poor ratings? How could this be?

I am very sorry its gone…..the book…the movie….and the tv program, all were favorites of mine. please do it again…please

I love the Firm. Bring it back

I love the firm it is just a great show so interesting to see what was happening and what going to happen Ijust hope they don’t cancel it Iwill be very dissapointed and angry.nothing on television is really worth watching anymore please don’t cancel

We love the firm, didn’t realize it moved last year, so missed the Saturday shows. Bought the first season on dvd and are getting caught up now. Hate to see it end, it is a great show. Nice change from all of the other dramas out there.

Me an my family really loved this show. We looked forward to it every week. To hear that this show could be cancelled, is just so wrong in so many ways. I’m sick of all the NCIS shows, and you obviously can see that many people still love this show. Plz. Don’t cancell this show

I miss the firm.. You lest us hanging and I want it back!

Please keep The Firm on TV it is awesome we need it we keep loosing the good shows.

My wife I loved the show. It should continue, saturday is fine with us.

the firm is awesome please keep it !!!!!!!!!! all there is left anymore is tiresome reality shows, why do networks always seem to get rid of the good shows?

I loved the firm of and my husband would watch this together please put it back i want to see what happen it was soexciting .

On of the best shows on TV..Please do not cancel it..

My son and I really like this show, we used to watch it every week faithfully. I really hope it comes back on. Please don’t cancel.