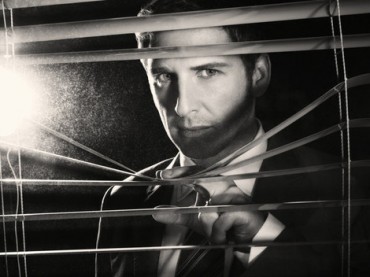 As fans of The Firm may have noticed, the cancelled legal drama was bumped from the schedule once again last Saturday night. As a result, NBC has adjusted their schedule and delayed the final four episodes by one week each.

If you watch the show via Hulu, you may have already seen the 19th episode. A note on the streaming website says, “Due to a programming error, Chapter 19 went up earlier than intended. We apologize for the error – it will become available again this weekend.”

You can see the revised airdates below, as well as brief episode descriptions:

“CHAPTER NINETEEN”
06/23/2012 (10:00PM – 11:00PM) (Saturday) : A KILLER NEW CASE – Joey Morolto (guest star Gianpaolo Venuta, “Being Human”) gives Mitch (Josh Lucas) an offer he can’t refuse — if Mitch defends his best friend from a murder charge, the McDeeres and the Moroltos will be square. As Abby (Molly Parker) tries to save her mother’s charity from a crooked accountant, she makes an unexpected realization about herself. Callum Keith Rennie and Natasha Calis also star.

“CHAPTER TWENTY”
06/30/2012 (10:00PM – 11:00PM) (Saturday) : When Mitch’s (Josh Lucas) client admits to a potentially damaging incident from his college days, Mitch has to face an aggressive prosecutor to prevent it from coming into the trial. Meanwhile, Abby (Molly Parker) has to decide if she is on board with working for Joey Morolto, Jr. (guest star Gianpaolo Venuta, “Being Human”). Juliette Lewis, Callum Keith Rennie and Natasha Calis also star.

There’s no description available for the series finale but “Chapter Twenty-Two” is set to air on July 14th.

NOTE: An earlier version of this article indicated that there are 21 episodes. There are 22 installments.

What do you think? Are you still watching The Firm? Do you think that they’ll wrap everything up by the end of the season/series?

I think it sucks when you start a show, that I really liked, then you cancel it. It’s bad enough that you cancel the show, but then you leave me hanging.

Another great show gets cancelled. It seems
that NBC doesn’t care, that their are people who
like to sit down and watch t.v , and know that they
can escape from reality. I’m very tired of watching
new shows on NBC and love the shows,only
not knowing if it will be cancelled. What can we do
to stop this? Anybody have suggestions?
I believe we can try, then not do nothing. How
about it?

My wife and I just finished watching the “final” episode of the Firm. Good God we had all of them on the DVR and watched not knowing the show had been canceled! Like others who have posted here, we feel the same, another good show canceled and we’re left hanging wondering what really happened 6 weeks later.

I am so disappointed, I love all of the Gresham novels and when there was an opportunity to view one of his books come to life I was so excited. Anything other than the ridiculous abundance of reality TV and all of the idiots and “redneck” swamp people was such a relief. Now like Army Wifes and many other more serious dramas, we are remanded to watching garbage or nothing at all. Guess I will learn to be a better golfer:-)

I am also going to stop watching any series on the network as it is sooooo disappointing when such a good show gets cancelled after you have really gotten into it.
I hate reality shows, won’t, don’t watch them but at least th people who watch them have nothing to give up if, heaven forbid, they might cancel the mindless time wasters.

I have been looking for the next season of The Firm, and just saw that it was cancelled. This is shocking, it was such a great show! I never saw it on tv or any ads for it. Saw it on ITunes and bought the season pass and got the first four episodes but never got any updates that more were available.. Finally looked when I was going to be traveling and found there were 20 more episodes.. My Fiancé and I both couldn’t stop watching. I have to wonder if these people making the decisions take into account that… Read more »

Once again a terrific show is being cancelled by the network!!! It seems that unless it is a talk show or comedy you get cancelled!!!!!

I guess i’ll have to buy the book an d read again.

I am sick of getting into a TV show only to have it cancelled after I am totally into it. This the case of The Firm. I loved this show. I couldn’t wait until the next episode. Please bring it back to at least finish the season. We are all waiting to see what happens to Patrick. You know, there are people who watch TV that have brains and are wanting to watch good shows.

I really liked The Firm, but I had such a hard time knowing when it was on. I really wanted to see all the shows, but I wasn’t able to. I am so sorry that good shows get cancelled and the trash plays over and over again.

Typical stupid move by the same folks that run Bravo. Anytime there is anything that the NBC execs think might compete with the viewing of one of their show, they pull the new episode and wait to air it. This makes viewers angry and they lose interest in the show having to wait endlessly for shows to air. The yanked the newer episodes of The Firm because there was a conflict with the Olympics. They constantly yank new episodes of the Housewives shows for big football games and holidays when they think viewing might be down. In the same vain… Read more »

We were so disappointed this show was cancelled!!!! At least tell us there will be a final show and when we can see it

I can’t believe it! Another tv show that I love is cancelled. Loved the story, the actors were excellent and had great chemistry. Always looked forward to the next episode. It really makes me leary of watching new shows; just get into enjoying a series and it is taken off the air. I hope another network with more foresight picks this one up again.

I’m going to stop watching NBC. This is my second time they cancelled a show without giving a finale. They played up “The Event” and cancelled it. That wasn’t any competition to “The Firm”. This was one of NBC’s best shows in years. But I guess they want to stick with silly shows oppose to shows with substance.