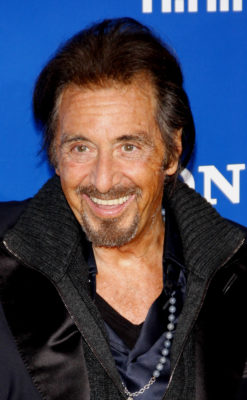 Al Pacino is coming to the small screen. Deadline reports the Oscar winner will star in Amazon’s upcoming TV show, The Hunt.

Executive produced by Jordan Peele, the drama series “follows a diverse band of Nazi Hunters living in 1977 New York City. The Hunters, as they’re known, have discovered that hundreds of high ranking Nazi officials are living among us and conspiring to create a Fourth Reich in the U.S.”

On The Hunt, Pacino will be playing an elder Nazi hunter who mentors Jonah Heidelbaum (Logan Lerman), a young man who joins the hunters after his grandmother is mysteriously murdered.

Prime Video has ordered 10 episodes of The Hunt.

What do you think? Are you a fan of Al Pacino? Will you watch The Hunt?

I love Al Pacino as an actor and will check out The Hunt.