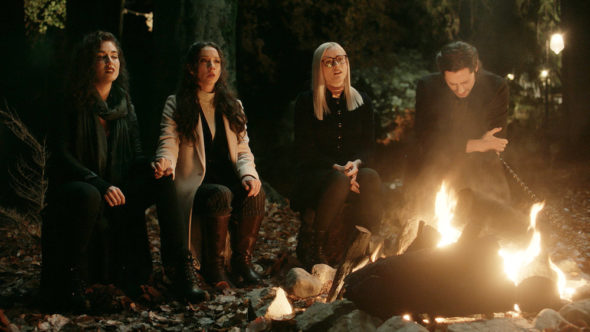 Get ready for more of The Magicians! The series will return for season five in January, and fans are being given their first look at the season with a new trailer.

SyFy revealed more about what fans will see during the upcoming season of The Magicians in a press release. Check that out below.

“Based on the best-selling novels by Lev Grossman, THE MAGICIANS centers on a group of friends as they discover their magical abilities and ward off evil creatures who threaten to destroy the magical world they’ve come to know.

Last season, magic was saved, but at a terrible cost: the life of Quentin Coldwater, who died heroically to save his friends – and the world. Julia, Alice, Eliot, Margo, Penny and their friends (and frenemies) must learn to navigate a world without him. Now, a new threat has arisen: in freeing magic, the balance tipped the other way and there’s too damn much of it, and as the excess builds, an apocalypse looms. Can the magicians get their shit together to save the world without Q?”

What do you think? Are you a fan of The Magicians? Do you plan to watch the new season?

Very Cool Been Waiting To See The New Season!