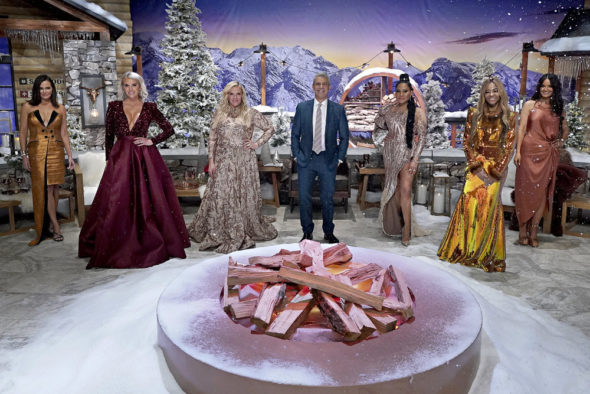 The Real Housewives of Salt Lake City has been renewed for a second season by Bravo, and the cable channel has announced a three-part reunion for the cast of season one.

Bravo revealed more about the reunion special in a press release.

On the heels of the season finale, Bravo announces a season two pick-up for The Real Housewives of Salt Lake City.

An epic three-part reunion closes out the first season and kicks off on Wednesday, February 10 at 10pm ET/PT on Bravo.

The Real Housewives of Salt Lake City ranked as a top five new unscripted series on cable in 2020 among P18-49. The series premiere garnered 3.2 million total viewers across all platforms to date and earned Bravo’s biggest series launch in nearly five years among P25-54 and P18-49.

The reunion kicks off with Jen revealing the issues that still haunt her and her husband Sharrieff, while Whitney addresses the rumors swirling in her marriage. Meredith confronts Jen about the awkward night at her house, leading to a heated conversation about Brooks. Tensions rise with Lisa and Mary when Lisa defends her friendship with Jen.

Mary reveals intimate details about her marriage and sets the record straight about her church. Jen finally puts the hospital comments to bed, meanwhile Meredith demands respect from the women about her marriage. Frustrations heighten between Lisa, Whitney and Heather, which finally pushes Lisa to her breaking point.

The husbands take the stage and Justin reveals shocking details about leaving the Mormon church, Robert addresses Jen and her husband, Sharrieff, and Whitney shares an update on her dad’s sobriety. Emotions come to a head when Jen opens up about cultural insensitivities within the group, leaving the women startled and confused with Jen even more hurt than before.

Check out a sneak peek of the reunion special below.

What do you think? Are you a fan of The Real Housewives of Salt Lake City? Do you plan to watch season two on Bravo?