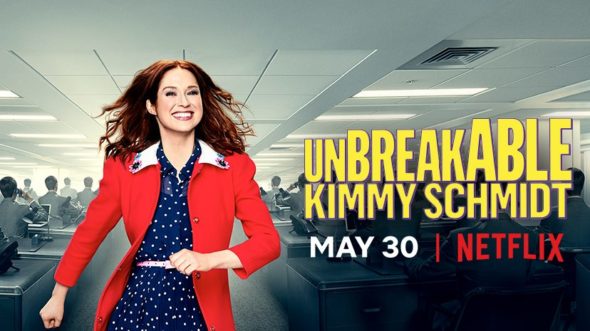 I’m so sad, I really want to watch Kimmy Schmidt Vs The Reverend. She’s so cool. She motivates me, to be a better Mom, a better Human, every Human should be good to each other and respect each other and care for your family and friiends. Please give more episodes or at least a movie.

I am so sad to watch the last episode of Unbreakable Kimmy Schmidt! I can’t believe it’s over! Season 4 was the laugh out loud funniest yet and we loved the writing dialogue and guest stars. Please bring it back.