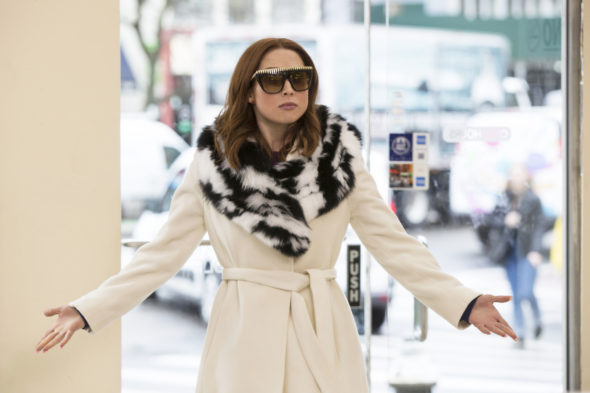 Unless they decide to publicize viewership, it is usually difficult to predict whether Netflix will cancel or renew their TV shows. In this case though, it was announced before the release date, that the fourth season would be the final season of Unbreakable Kimmy Schmidt. That said, I have some good news (and not just for my hungry belly). It sounds like the decision to end Kimmy Schmidt’s tale with season four was a creative one, which means fans may get some closure. To that end, Netflix is reportedly in talks with producer Universal Television to end Unbreakable Kimmy Schmidt with a follow-up movie, which would debut on Netflix after season four. For now, I’ll keep an eye on the trades and press releases and update this page with breaking developments. Subscribe for free Unbreakable Kimmy Schmidt cancellation and renewal alerts, as well as updates on whether the movie gets picked up and when it will premiere.

What do you think? Do you wish that Netflix would renew the Unbreakable Kimmy Schmidt TV show for a fifth season, or is this the right time to end the series?