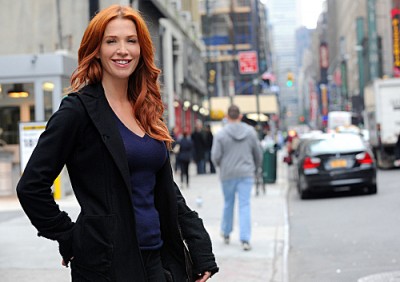 love the show… the twisting of every end of the story. really an investigative not to be missed.

PLEASE PLEASE!!!!! Bring back my most favorite and most watched Unforgettable tv series, can’t believe it was cancelled, I SW heart broken. Please bring it back for good.
Thank you

I’m so happy about Unforgettable coming back to tv. I’m so sick of all the CSI series and yet they get rid of Unforgettable. Poppy Montgomery is one of my favorite actresses.

It was one of the better shows. Better than some of the crap they put out today.

Im glad they uncancelled Unforgettable. Please sign a petition to renew #BurnNotice on USA network! This show deserves to be renewed. It has such a great cast, crew,.Please copy this link to sign, if you haven’t already, the #PetitionToSaveBurnNotice at http://twitition.com/kxsff & Retweet! Thank you!

I’m thrilled to see that Unforgettable will be back on in July as it was one of my favorite shows. Poppy is one smoking hot redhead and an excellent actress to boot. Looking forward to season two!

This was (is) a great show. I really enjoyed watching it. Someone at CBS needs to wakeup! There’s too much other crap on, that they show for years and then drop a show like this. Hope it stays on for a long time!

What’s wrong with CBS? Who decides what will be cancelled or not? Whoever he/she/ they are they need to have their brains examined! Unforgettable was great and Poppy Montgomery knows how to ACT! More than some of these other shows that continue to air! Thank goodness, at least, for the reprieve in the Summer!