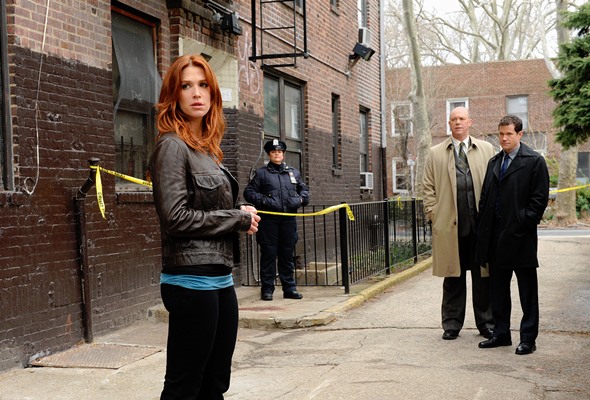 Unforgettable is the series that will not let go. After CBS cancelled the series for a second time after season three, it looked like the series would stay dead.

However, this series was picked up by A&E back in February, and fans need to get ready for season four. Poppy Montgomery and Dylan Walsh both had to sign new deals for the series, so that makes it even more clear that A&E wanted this show for their network.

A&E announced on Thursday that the series will premiere on their network on November 13. Deadline reported that season four will consist of 13 episodes, and the episodes will air back to back at 8pm and 9pm on Fridays.

Fans should expect some changes when Unforgettable returns for season four. TV Line revealed in their report that several members of the cast would not be returning to the series. Jane Curtin, Tawny Cypress and Dallas Roberts are off the show, but fans will see Alani Anthony, Kathy Najimy, and E.J. Bonilla. Unforgettable underwent a huge revamp when A&E picked it up.

What do you think? Are you excited for the return of Unforgettable in November?

Even if you have to cancel this wonderful show it would be awesome if you at least had some closure episodes of short season maybe or a movie. You cancel more good shows Longmire was awesome and you cancel that too reality TV sucks take it off

This is a great show. However, as others have noted, it was not promoted. It was into it’s third episode of the season before we stumbled across it. The new characters are engaging as well as the relationship of the leads. How about giving it chance with some advertising and a decent time slot.

What happened I can’t find the program?

Love this show.. I hope that it is not being canceled since Al was shot. I would be devastated.. Great story lines and great cast.

Really good show. Surprise at al burns getting shot. Will show be back?

More than one person wants to know!