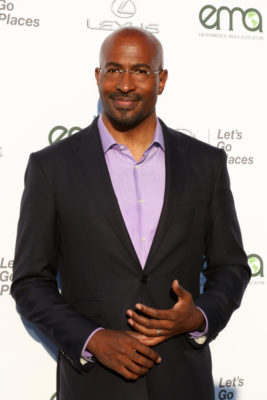 Get ready to see a lot more of Van Jones. Variety reports the author and civil rights advocate will host two new series on CNN, including The Van Jones Show.

A political commentary program, The Van Jones Show will explore “the forces that elected Donald Trump, the anti-Trump ‘resistance’ movement and the future of both major parties.” Jones will also host a new docuseries about the criminal justice system.

The Van Jones Show is slated to debut on CNN in January. A premiere date for the docuseries has not yet been announced.

What do you think? Are you a fan of Van Jones? Will you watch his new series?

Not in 1 billion years.