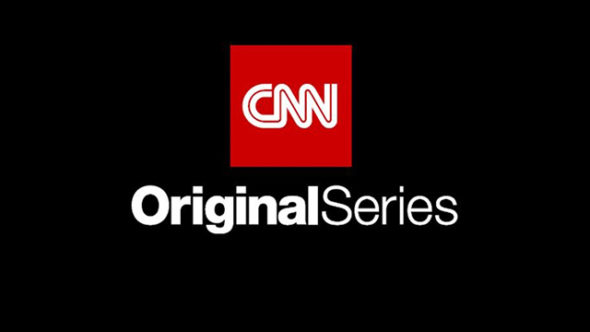 CNN is traveling back in time. Recently, the network announced the premiere date for their new TV show, 1968.

The four-part docuseries “goes back 50 years to explore 1968, a year marked by seismic shifts in American politics, social movements, global relations and cultural icons that changed the modern landscape.”

Following are descriptions and times for the four parts of 1968:

Part One: Winter (9 p.m.) – S. Marines are besieged at Khe Sanh and the Viet Cong launch the Tet offensive, the turning point in the Vietnam War. Meanwhile, the 1968 presidential election begins to take shape – Senator Eugene McCarthy dares to challenge the sitting president of his own party, Lyndon Johnson, while LBJ’s greatest political rival, Senator Robert Kennedy, eyes his own entry into the race. Republican Richard Nixon begins his political comeback attempt with another presidential run, as controversial independent candidate George Wallace mounts a populist campaign. Rev. Martin Luther King, Jr. travels to Memphis in support of a local sanitation worker’s strike. On the last day of March, President Johnson stuns the world with a surprise announcement that will change the course of history.

Part Two: Spring (10 p.m.) – Martin Luther King Jr. is assassinated in Memphis and in response, riots break out across the country. The Academy Award for Best Picture goes to the racially-themed In the Heat of the Night and Hair opens on Broadway. At Columbia University, striking students take control of the campus, leading to a bloody confrontation with police. As the battle of Khe Sahn rages in Vietnam, the United States and North Vietnam open peace talks in Paris. In the presidential race, Senators Kennedy and McCarthy battle each other from state to state in pursuit of the Democratic nomination. After the two trade victories, the nation turns its eyes to the final, fateful California primary.

Part Three: Summer (9 p.m.) – The death of Senator Robert Kennedy roils the presidential race. Republican Richard Nixon fights to head off a last-minute challenge from Governor Ronald Reagan of California. Meanwhile, the Democratic Party has lost its most popular candidate and is at war with itself over the Vietnam War. Mayor Richard J. Daley vows to maintain law and order as protesters and politicos converge in Chicago for the Democratic National Convention. The world watches as events inside the convention hall fuel violent clashes in the street. Vice President Hubert Humphrey gains his party’s nomination and enters the presidential race as a decided underdog and takes a bold political stance in hopes of reversing his fortunes.

Part Four: Fall (10 p.m.) – Just days after political demonstrations lead to the deaths of scores of students, the Summer Olympics open in Mexico City. Before an international audience, two American sprinters protest the national anthem from the medal stand. As the presidential campaign tightens, President Johnson calls a halt to the bombing of North Vietnam, a move calculated to help the surging Humphrey campaign. Richard Nixon attempts to sabotage the peace talks and the insurgent candidacy of independent George Wallace threatens to throw the election to the House of Representatives. On Election Day, the vote is so close that the winner, Richard Nixon, is not declared until the following morning. On television, Elvis Presley launches a comeback of his own. The widows of Senator Robert Kennedy and Rev. Martin Luther King, Jr. look back at the year. On Christmas Eve, Apollo 8 comes around the dark side of the moon and broadcasts, live around the world, the first-ever images of the earth from space.

1968 will also stream live for subscribers on May 27 and May 28 via CNNgo (at CNN.com/go and via CNNgo apps for Apple TV, Roku, Amazon Fire, Samsung Smart TV and Android TV) and on the CNN mobile apps for iOS and Android. The series will also be available the day after the broadcast premieres on demand via cable/satellite systems, CNNgo platforms and CNN mobile apps.”

What do you think? Are you interested in historical documentaries? Will you watch 1968?