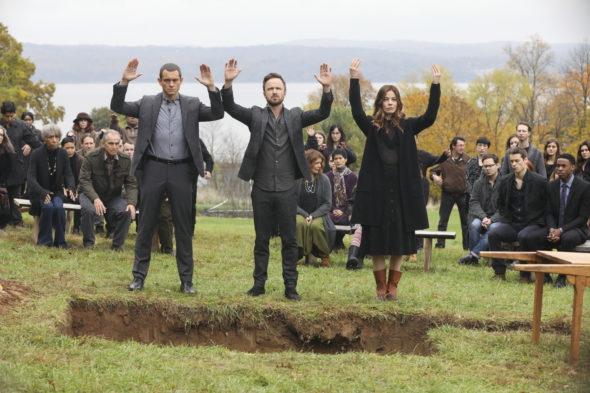 It looks like the Meyerists won’t advance another rung on the ladder. The Path TV show has been cancelled after three seasons on Hulu. The third season of The Path premiered on Hulu on January 17, 2018 with a double episode, but it seems likely viewership dropped off. Since there will be no fourth season, The Path season three finale, episode 3.13, “Blood Mooon,” which dropped on March 28th, will now serve as the unintentional TV series finale.

“While it’s sad that The Path is ending, I’m brimming with gratitude and pride,” creator Jessica Goldberg said in a statement. “It was a gift to be able to tell challenging and emotional stories for three seasons in this very strange and unique world. The caliber of talent and passion everyone who worked on this show brought — from my partners Jason Katims and Michelle Lee, the execs at Hulu, the writers, actors, directors, designers and crew — was something to behold, and for which I’m very thankful. Thanks Hulu and Universal Television for taking a shot on this show, it was a life changing experience.”

For Hulu, which like fellow streamers Netflix and Prime Video does not release viewership information, The Path had a brief wave of critical support early on but faded in the seasons since. The series has a 79 percent average on RottenTomatoes.com, and an 83 percent audience score.

The decision to cancel The Path — which wrapped its third season March 28 — comes as Hulu has been refining its roster of scripted originals amid a new roster of executives at the top of the streamer. Gone are the series that helped launch the streaming platform — like East Los High, Chance, Shut Eye and comedies Quick Draw, Deadbeat, Difficult People and Casual. In their place are a roster of buzzy and high-end originals including Emmy winner The Handmaid’s Tale, The Looming Tower and upcoming entries Castle Rock and George Clooney’s Catch-22 limited series. 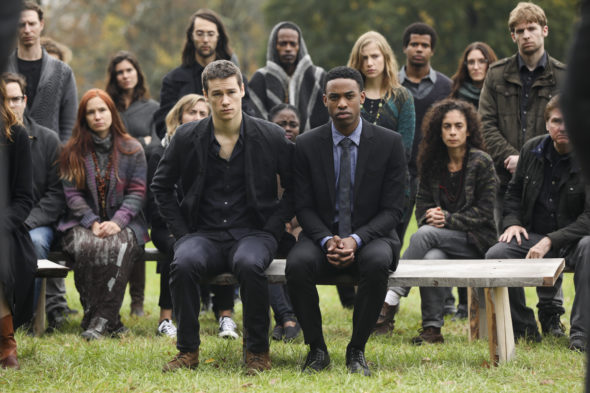 What do you think? Are you a fan of The Path TV series? Should Hulu have cancelled or renewed The Path for a fourth season? Sound off, in the comments.

Such a shame to end it.

I really wish they would have finished it. I spent all this time watching all this build up all for nothing. I could tell it was going in a very interesting direction. Now I just wasted so many hours of my life and will never be able to finish the story.

Just started watching. There’s no bad guys or tension. Just a cult like group trying to live out a meaningful life. Be gone!

Please bring back The Path. I loved the show and actors.