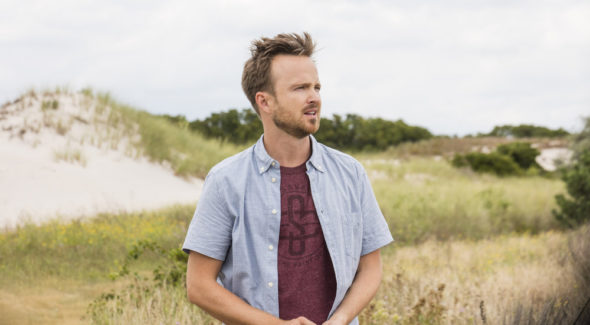 Earlier, we reported Hulu has cancelled The Path after three seasons and now star Aaron Paul as well as creator Jessica Goldberg have responded to the news.

On Twitter, both Aaron Paul and Jessica Goldberg thanked Hulu and the fans for supporting The Path:

Our path has come to an end. Thank you to our amazing fans for three amazing seasons. You are our light. https://t.co/FPSEZdJ9UT

Sadly, The Path is not coming back but it has been the most amazing experience! And im@so thankful to all of you for watching!

What do you think? Are you a fan of The Path? Are you sad the show has been cancelled?

The path really deserves an ending. We’ve been with these characters for 3 years getting into the mystery of Meyerism and watching them grow. I really feel cheated that it’s just going to end on a cliffhanger like that. Hulu should be careful how they treat their shows or they will never attract a cast so full of amazingly talented actors and creators like those on The Path, let alone retain such loyal fans.

I am heart broken over cancelation. A most excellent show. It hurts when shows I’m enjoying are canceled. I never quite understand the thought behind doing it.

I am gutted that they cancelled this show. It’s incredibly relevant and the characters and their relationships/movement are very well written and manage to avoid the majority of cliched “cult” type stereotypes – which is one of the very reasons that makes it so watchable and relatable, it’s difficult to decide for yourself as a viewer whether they are a religion, a cult or a collection of people just trying to get through the day the best they can. I was glad they left it open enough that if another production company wanted they could continue it (maybe Netflix or… Read more »

I am very disappointed about the cancellation – the characters and story line were so relevant to real life happenings today. I live in Ireland and, believe it or not, any Protestant religion (non-catholic) receives a similar response to those viewing the mierson movement from the outside.

I am so very sad… this was my VERY FAVORITE show!!! Such great stories & characters ! Very bummed out…..☹️

Dang. I was really engrossed in the story and the actors. Just like life when all the really good shows gets cancelled. Hulu get a clue!!

I hate saying this been canceled with no finale. I enjoyed the path